Microsoft left 250 million customer service support records exposed for over 3 weeks, and their response was not the level of concern one would hope for. 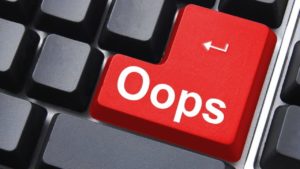 Microsoft has its fingers in quite a bit of the personal computing and mobile industries with the software it sells.

Not many people can say they haven’t used Word, Excel, or Windows over the last three decades.

But if you’ve made contact with Microsoft support or created a topic on their support forums any time since 2005, your private information may have been exposed.

In fact, more than 250 million customer service and support records were left out in the open on the Internet for 26 days, thanks to a misconfigured server.

According to Bob Diachenko, a cybersecurity researcher who spotted the unprotected database and reported to Microsoft, the logs contained records spanning from 2005 right through to December 2019.

A piece at The Hacker News reported: “Microsoft confirmed that due to misconfigured security rules added to the server in question on December 5, 2019, enabled exposure of the data, which remained the same until engineers remediated the configuration on December 31, 2019.”

And while some personally identifiable information wasn’t visible, according to Diachenko the following types of data were readable by anyone who found it:

The types of data that were exposed may not be limited to the above.

By having real sensitive case information and email addresses of affected customers in hand, the leaked data could be abused by tech-support scammers to trick users into paying for non-existent computer problems by impersonating Microsoft support representatives.

Thousands of people fall for these types of scams every year. And any scams that leverage the leaked data will be more believable than ordinary scams.

Unfortunately, given the lackadaisical response from Microsoft, it appears egregious cases of private data exposure won’t be stopping anytime soon…

But according to a 15-year veteran employee of the company, it doesn’t appear that will ever be the case:

Nothing is perfect. Mistakes and leaks happen. Every organization has overly permissive permissions. Every! It’s just a matter of if someone outside the organization discovers it or if someone takes advantage of it.

While Microsoft figures out how to take care of your privacy, it might be a good idea to make the information you have online less valuable to thieves, snoops, and other companies where this “just happens.”

Bottom line, your “private” life is an open book

There are public databases that track your exact location, eating habits, spending habits, your income, your online habits, and many more private parts of your life.

P.S. In 2016 Microsoft violated the law by vacuuming up personal data of Office users without their permission. It violated Dutch privacy laws again in 2017 with its Windows operating system. Who knows when they’ll do it again?

Get my special report today and learn how to go completely “off the grid,” without having to move out to a cabin in Montana. In fact, you won’t even have to leave your couch.

Due Process is on the Chopping Block

The TSA has worked around due process.  Here comes the […]