Airline carriers rely on government protectionism to maintain their cartel. The fix is a heavy dose of GLOBAL free market competition. 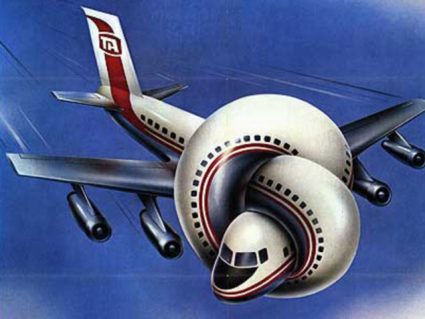 Airline travel has come such a long way, but airline carriers are huge beneficiaries of government protectionism, and major cartel that need a good dose of open and free competition.

I say “one of” because there are many, but it’s the holidays and air travel is often part of the deal. Regardless of whether you’re a digital nomad or just someone who travels occasionally, the effects of airline protectionism is felt.

In the same way large cable and ISP corporations look to the government to protect their little cartels, so too do US based airlines.

There were quite a few stories of domestic airlines treating their customers poorly. Overbooking – while unto itself isn’t a bad thing – but accepting people’s tickets and letting them onto the plane before kicking them off in a violent fashion.

Seems it wouldn’t take much to offer something better than 50 calorie bags of peanuts and a violent extraction. I dare say the most challenging aspect of competing in this space is the outlay of capital to get a hanger and a plane. Customer service is already in the bag!

The interesting part of airline travel is that deregulation has done wonders to improve it! In 1978, airlines were drastically deregulated. Prior to that, government was controlling fares, routes, and market entry.

Those who opposed the Airline Deregulation Act were likely fear mongering about how, “The airlines will price gouge you!” It passed. Airline travel is one the safest modes of transportation and prices were driven down considerably with the introduction of low cost airlines like Southwest and Jet Blue.

Alas, this industry has once again grown stale.

Ever fly UAE Airlines? These guys are NO JOKE. Their idea of “economy class” is head and shoulders above that which is considered economy class by US carriers. Even Thai, Singapore, and Japan Airlines offer incredible inflight service. Now what if those airlines could offer domestic US service?

Currently, foreign carriers are not allowed to service domestic routes in the US. And as if that weren’t enough, Delta, American, and US Airlines ran to the Trump administration for even MORE protection from the eeeeevil foreigners out of Qatar and UAE (United Arab Emirates).

For international travel, we have something called “Bilateral Open Skies Agreements” with other carriers and their countries. The simple explanation is that American carriers can fly into these countries with little interference from their government, and that country’s carriers can fly into American international airports with little interference from ours.

Even by government standards, the United States has benefited from this simple arrangement. Per the US Department of State’s own website and independent studies done:

The “Big 3” are complaining because UAE and Qatar are “unfairly subsidizing” their state-run carriers. These are oil-backed countries with state-run airlines. What else would you expect? So yeah, UAE invested $7.8 BILLION on an airport expansion project. But so what?

Neither Qatar nor UAE have personal income taxes. UAE will have a 5% VAT starting in 2018 and has no corporate taxes except on foreign banks and oil companies. Qatar has a 10% service tax, and 5% government levy on hotel and restaurant bills. It has a corporate tax rate between 10% and 35% with typical deductions and it’s mainly levied on foreign companies.

It’s a little hypocritical for American carriers to be fussy about subsidies anyway. As blogger, Gary Leff put it: “U.S. airline employment is at a long-term peak. And Delta has no problem taking advantage of subsidies—fuel tax breaks in Georgia, subsidies for its oil refinery in Pennsylvania, and having moved pension obligations onto the federal Pension Benefit Guaranty Corporation in bankruptcy. Delta even shares revenue on routes across the Atlantic with Alitalia which had been subsidized by Etihad. Delta owns a stake in the most subsidized Chinese airline, China Eastern.”

The claim made by these carriers is that 300,000 American jobs are on the line. But that’s not even true. These international carriers partner with American carriers to get their customers to their final destinations. Never mind the tourists they bring in!

These airlines’ request for protection was denied… thankfully.

With 80% of domestic travel seats belonging to US, American, Delta, and Southwest Airlines, there’s very little reason for them to change their behavior in customer service, expansion, or price points. Despite a large drop in fuel costs, ticket prices didn’t follow; and these carriers still brought in billions in baggage fees, change fees, and overall fares.

I have no problem with them making huge profits, but I do, as a frequent flier, take issue with the stagnation of the industry.

What if we explored the idea of expanding that bilateral agreement? Let Delta offer its services in Germany, and let Luftansa offer their services in the US. Expand the choices. At the end of the day, much like foreign car manufacturers here in the United States, Americans stand to benefit through employment opportunities while American consumers could finally have a hospitable airline experience!

More importantly, the inability to compete with foreign carriers will not only be a wake-up call American carriers, but to the American government that impedes their ability to get into financial price wars due to heavy regulations and taxes.

There isn’t a whole lot of difference between airlines and ISPs.

The Civil Aeronautics Board (CAB) used to control airlines like a public utility, for example. That’s what many pro-Net Neutrality people want for the internet. There are a few players who dominate the ISP cartel as was the case in the airline industry… and still is.

The fear of deregulating aeronautics was that prices would skyrocket. They didn’t. Prior to Net Neutrality pricing was still affordable, and will likely continue to be now that it’s been repealed.

Now the only thing that is missing in both is free and open competition.