And You Thought NSA Surveillance Was Bad…

And You Thought NSA Surveillance Was Bad…

Amidst a war and soaring inflation, pandemic policies have gone unnoticed; but the surveillance state is still expanding in its name. 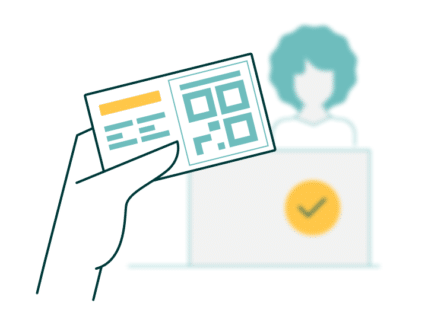 While some U.S. citizens were paying close attention overseas to the Ukraine-Russia conflict, or any number of Biden’s recent “gaffes”…

An even more insidious encroachment of human liberties started rolling out.

I’m referring to the authoritarian idea of a “national vaccine pass.” And even some “red” states are behind the idea. A vaccine pass restricts your access to an event or building based on your vaccine status (COVID or otherwise).

As of March 29th, the states that have already rolled out a vaccine pass program called SMART® Health are listed below (source):

Of course, this list is likely to get longer as more and more states consider rolling out the SMART Health Card in order to gain access to restaurants, concerts, and more.

But Several Big Corporations Are “All In”

Even though the U.S. Government hasn’t rolled out a Federal version of SMART Health, large corporations like Microsoft, Oracle, Salesforce, and the Mayo Clinic are putting their weight behind it.

Having large companies on board could mean the SMART Health Card program will have the funding needed to roll out with little resistance.

When any Government (state or federal) locks arms with corporations to enforce creepy policies like these “for the good of the whole,” that borders on fascism.

And It Gets Even Creepier…

Not only has this vaccine pass program already rolled out in 21 states (including a couple of “red” states), there is a chilling lack of concern for privacy. An article on Forbes explained:

There is already an impressively widespread availability of SMART Health Cards in the U.S. More than 200 million Americans can now download, print or store their vaccination records as a QR code. When the QR code is pulled up, only the individual’s name, date of birth and vaccination information is visible.

Leaving aside the fact that displaying vaccine status is uncomfortable for most people, there is the potential for an even creepier problem…

The private database the SMART Health Card data is stored in could be breached at some point in the future, putting millions of private medical records in jeopardy.

And unless you’ve been hiding under a rock, you’ve already heard of at least one major database getting hacked. (Past examples have included: Equifax, T-Mobile, even the WA State Auditor, among many others.)

The SMART Health Card database probably won’t be safer than any of the others. So if the program rolls out in your state, caveat emptor (let the buyer beware). The good news is, most of the world isn’t using it (yet).

Nevertheless, it’s a wise decision to keep a second passport ready, so you can “get out of Dodge” if you need to.

Today, it’s more important than ever to keep yourself mobile, and be able to leave town in case the SHTF. And I’d like to show you how to do that.

P.S. Who knows how much further the U.S. federal and state governments will crack down on its citizens. I’m afraid that this new vaccine pass card is only the start…

To help you live freely and keep your money safe, I invite you to become a GWP Insiders member and learn strategies for keeping your options (and exits) open…

The (Self Imposed) Conundrum of the West

The West painted itself into a corner ecologically as well […]