Big Banks Cover Up Corruption (With This Legal Move)

Big Banks Cover Up Corruption (With This Legal Move)

Banks are all but touting their immunity to scrutiny while paying fines to make it all go away.  How will that affect YOUR account? 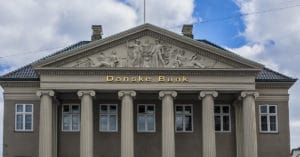 You might think that big banks that operate in a tightly-regulated financial industry would be forced to “do things right.”

Unfortunately, that isn’t even close to reality. Big banks walk a fine line between legal and criminal behavior. For proof, look no further than the several investigations for corruption at Bank of America, Wells Fargo, and JP Morgan Chase, which have resulted in billions in fines.

But that’s just the tip of the iceberg. Some banks like Deutsche Bank recently leveraged the power of a legal “settlement” to avoid having to admit to findings of corruption.

According to Reuters, between 2006 and 2014 “Deutsche employed relatives of executives working at state-owned enterprises in China and Russia with the ‘primary goal’ of generating business for the company such as initial public offerings.”

But then it got even more nefarious:

This type of unethical behavior puts billions in customer deposits at risk. Why? Deutsche doesn’t have to admit or deny the findings, and it’s unlikely they will stop doing it.

But the next time Deutsche Bank gets caught, a settlement may not be offered, and deposited funds could get frozen. So if this were your bank, you could wake up one day and not be able to access your money, through no fault of your own.

And Deutsche Bank isn’t the only “too big to fail” bank leveraging unethical hiring practices to win banking deals while handing out settlements to avoid scrutiny:

Using settlements to “stay under the radar,” the banking giants will keep making the rounds on the mainstream news cycle with little more than a “slap on the wrist.” In fact…

Big Bank Corruption Happens So Often It Gets Awards!

While nothing to celebrate, the Organized Crime and Corruption Reporting Project (OCCRP) awards one “corrupt actor” each year.

In 2019, that award went to Danske Bank, and The Shift reported on the dark underbelly of the criminal activities:

Danske Bank Estonia was revealed as the hub of a $234bn money laundering scheme involving Russian and Eastern European customers. In one operation, billions of dollars flowed through Danske’s Estonian branch from Azerbaijan to offshore companies, high-ranking officials, and even European politicians who praised the nation’s regime despite its chronic human rights abuses.

But that’s not all, the OCCRP investigation of a “Russian Laundromat” also found “that $20 billion to $80 billion was fraudulently moved out of Russia through a network of global banks that included Danske.”

If you had your hard-earned savings deposited in Danske during this fiasco, it could have been considered a high-risk investment.

How many banks have “dipped their toes” in this lucrative illegal activity? And who knows how deep the corruption goes at any one of these banks? We may never know until one of them has a liquidity crisis and goes bankrupt.

So It’s Critical You Keep Your Options (And Exits) Open

Today, it’s more important than ever to keep your money safe. It’s also critical that you’re able to safely grow your wealth out of reach of government interference.

P.S. Don’t wait for a crisis to discover your bank is at the center of Mafia-like corruption. Become a GWP Insiders member today and learn the secrets for leveraging the power of offshore bank and brokerage accounts, while growing your wealth outside of the U.S. before it’s too late…

IRS Guidance on Taxing Virtual Currencies Rolls out for 2019

The IRS is rolling out new guidance to compel more […]