“Big Brother” Making Sure You’re Not Using Too Much Fuel

“Big Brother” Making Sure You’re Not Using Too Much Fuel

States are pushing controlling regulations from fuel consumption to vaccination, and they require an expansion of surveillance polices. 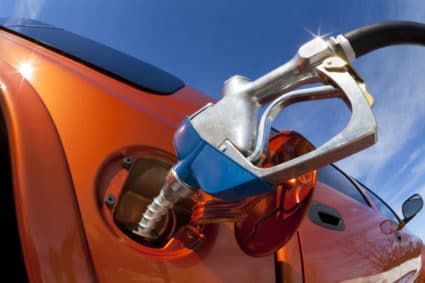 I could not believe it when I read it…

In Washington State, any U.S. citizen who pumps too much gas could be subject to an invasive (and taxpayer-funded) information gathering campaign.

And this isn’t some bill being “proposed” by a politician either, it has already passed the state legislature under the designation of SB 5689.

Hypothetically, if you were found to be one of these “gas superusers” that the legislation identifies, you would be studied by contracted stooges who want to find out: “who these drivers are, where they live, what they drive, how much they spend on gasoline, and what might induce them to switch from a gasoline vehicle to a battery-electric vehicle.”

In short, you would be studied like a lab rat and have your private life included as part of a study that the legislation supports. (Keep in mind that WA residents did not get to vote on this invasive bill).

The overzealous Governor of WA, Jay Inslee, justified this incredible “nanny state” study with the same hyperbole and climate change alarmism typical of most politicians:

And guess who gets to foot the bill for this study while many U.S. families are suffering from accelerating energy inflation? Washington state taxpayers do, through increasing gas prices. The Post Millennial reported:

Additionally, while many states are rolling back their gas taxes due to spiking prices impacts on families, the transportation package is directly funded by taxes on gasoline, which according to the Washington Policy Center, amounts to a $5.4 billion tax increase over the next few years.

To summarize, WA State residents get to pay higher gas taxes to fund a study of their private habits at the gas pump and where they live. All to move some environmental agenda forward.

The inspiration for the project started with information provided by the Federal Highway Administration, so expect other state Governors to follow suit by proposing their own “nanny state studies.”

Fines And Higher Taxes If You Don’t Get the COVID Jab!

Rhode Island legislation labeled S2552, if passed, says that residents who are eligible for the COVID vaccine could face fines and higher taxes if they opt-out.

“In January 2022, the U.S. Supreme Court blocked a federal vaccine mandate that required employees at large companies (100+ workers) to get vaccinated against COVID-19 or undergo weekly testing.

“In Rhode Island, several state legislators are vying to push statewide mandates even further, proposing to penalize residents who choose to remain unvaccinated.”

Sam Bell appears to be the politician pushing the hardest to get this unethical legislation passed into law.

These two examples reveal that some U.S. states are determined to become authoritarian hellscapes in the near future.

That means it might be a good idea for you to prepare other options, just in case.

How to Keep Your Location Options and Exits Open

I highly doubt that overzealous state legislatures will magically stop proposing new bills that egregiously violate the sovereignty of their citizens.

That means now is the time to get prepared in case you have to “head for an exit,” before your freedom to travel is restricted.

I’ve been living the life of a “digital nomad” since 2001. During that time, I’ve learned dozens of extremely valuable lessons about how to keep your location options open and maximize your freedom.

P.S. It’s highly unlikely the U.S. “nanny state” will go away anytime soon. So I would like to offer you a way to preserve as much freedom as you can and keep your money safe at the same time…

To that end, I would like to invite you to become a GWP member and learn strategies for keeping your location options (and financial exits) open…

Enhanced Surveillance in the Name of Safety

Another wave of surveillance in the name of safety coming […]