Brace Yourselves: Pentagon to Undergo FIRST EVER Audit in 2018

Brace Yourselves: Pentagon to Undergo FIRST EVER Audit in 2018

Pentagon is one of the last federal agencies to undergo an audit, and 2018 is the first year it will do so. 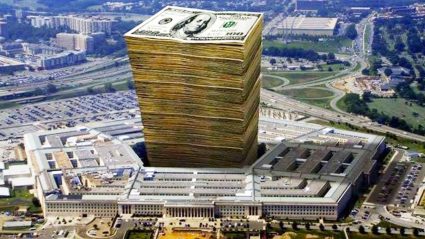 Reading some of the headlines, you’d think the upcoming audit of the Pentagon was some remarkable political feat. It’s not. It was certainly a campaign promise from both Hillary and Trump, but the fact is, they are long overdue and nearly every president since Clinton has ineffectively been trying to get that ship to right its course.

About twenty years ago, every federal agency was ordered to undergo an audit and modernize their accounting practices. Every agency has since complied… except the Pentagon.

Fast forward to 2010, and a law had to be passed giving the Department of Defense (DoD) ANOTHER seven years to get its act together. That deadline was September 2017. Missed that one too.

FINALLY… the DoD has agreed to begin the auditing process this year, starting in November 2018.

All in, according to Performance.gov, these are the laws, regulations and policies that apply to the federal agencies, including the Pentagon:

To read the litany of excuses on WHY they haven’t complied with ANY of the above edicts is nauseating to say the very least. They start that list with the following statement: “The size, diverse functional scope of business operations and frequently non-standard, decentralized execution of support operations makes this an extremely challenging endeavor.”

I entreat you to visit the sight and read the excuses.

Could you imagine yourself or your business being in violation of six or more federal laws and/or regulations, and your only defense boils down to being an irresponsible and reckless slob? Let me know how that plays out, because ONLY the DoD could pull that off and get away with it.

We told you about the OCO or “Overseas Contingency Operations” of $80 billion. That’s the Pentagon’s slush fund for miscellaneous or extracurricular war stuff. Not the usual jingoistic nonsense… but other war-ish stuff.

We told you about the Pentagon losing $6.5 Trillion. You can basically do an internet search of: “Pentagon Loses Millions/Billions/Trillions” and various stories will pop up. Technically, they didn’t “lose” it in the sense that it disappeared. They lost it in that they just can’t seem to account for it.

In case that wasn’t quite enough, at the end of 2015, the Pentagon buried a report which exposed $125 BILLION in bureaucratic waste. Ironically, this study was done at the behest of the Pentagon in hopes of finding SAVINGS that could be redirected to combat related activity and resources.

This study instead found that it has about one million desk jockeys; or just slight less than the 1.3 million active duty military… which was at an all-time low since 1940.

To give you some idea of what that looks like, “the average administrative job at the Pentagon was costing taxpayers more than $200,000, including salary and benefits.”

The report was buried because the dollar figure was so astronomical, it was incriminating and Pentagon officials feared losing funding. Well, they didn’t lose it. Fun fact: According to NPR, “The Defense Department’s lack of a financial reckoning hasn’t hurt its funding. Last month, Congress approved nearly $700 billion for the department — some $100 billion more than last year’s budget and billions more than the $639.1 billion that had been initially requested by President Trump.”

That’s funny because if I gave my kid an allowance of $5, and watched them literally set it on fire, the odds of them ever seeing another dime from me would be nonexistent. So when I hear figures in the billions and overall trillions being set on fire, I am reminded why Congress has such abysmal approval ratings.

Despite their efforts to quell the results of this study, “On June 2, 2015, Navy Secretary Ray Mabus delivered a speech at the American Enterprise Institute, a conservative think tank. He complained that 20 percent of the defense budget went to the Fourth Estate — the defense agencies that provide support to the armed forces — and called it “pure overhead.”

There was blowback from top ranking officials, a LOT of turnover in staff, but ultimately this study provides a taste of what the November audit will likely include.

The Pentagon is going to contract 2,400 private accountants to comb through their swamp to perform the audit, and I imagine they will find even MORE savings.

The government assumes no one can walk and chew gum at the same time. And I expect there will be a LOT of paltry distractions cropping up around the time that this rolls out. Please take the time to pay attention. I know I will.

Major changes are afoot in the new tax plan for […]