Canada Has Gone Insane – Other Countries Close Behind

Canada Has Gone Insane – Other Countries Close Behind

Tyrannical precedent in Canada being set with climate change, compelled speech, and vaccine passports, creating villains out of thin air. 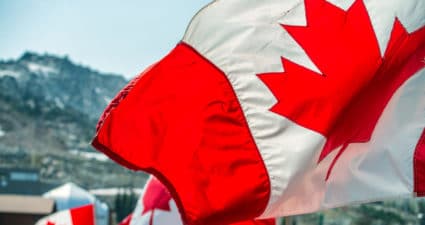 Let’s talk about Canada for a minute…

Because the little tyrants running that country have gone totally cuckoo.

COVID-19 has naturally become their raison d’être. But when it comes to imposing draconian restrictions on the hoi polloi, just about any reason will do.

A doctor in Canada recently became the first doctor to officially diagnose a patient as suffering from “climate change.”

Is asthma not politically correct enough? Must medical diagnoses now have political causes behind them?

Asthma can be caused by many things, including genetics, allergies, respiratory infections, and environment.

You know what’s NOT listed as a cause of asthma? Climate change.

Not that that matters in Canada. What matters is the ability to turn ordinary people into enemies so they can be locked down and locked up.

In that regard, climate change is no different than COVID-19. Let me explain…

Likewise, if certain people are causing climate change, Canada could soon consider those people enemies too.

Meanwhile, the little Canadian tyrants will come up with all sorts of ways to coerce and punish those designated enemies while justifying their tyrannical behavior by appealing to the most fashionable “cause” of the day — whether that’s fighting Covid or stopping climate change.

Bottom line, diagnosing a person with “climate change” is just one example of how Canada has lost its mind and is moving toward nationwide tyranny. But wait, there’s more!

Canada has also enacted mandatory vaccination against COVID-19. Even worse, one arbitrator has just upheld that policy in Ontario.

Aside from being an egregious violation of someone’s private autonomy, no government should force someone to take medication against their will. But in Canada, you can have your employment terminated and you won’t be permitted to travel freely unless you get the jab.

Another example of how Canada is acting insane is enforcement of compelled speech. No person should be compelled to address any person by any “term.”

But one father was jailed under Canadian law C-16 for failing to call his own biologically female daughter her preferred pronouns.

If I had told you in 2019 that all these things would be happening in Canada in 2021, you’d have laughed at me. I probably would have laughed too.

But it’s a stark reminder of just how fast tyranny can take over a country.

And, quite frankly, there are many countries that aren’t that far behind Canada — the U.S. included!

The Secrets for Preparing a Solid Exit Plan

During that time, I’ve also learned dozens of valuable lessons about how to maintain my independence free from authoritarian governments, agency snoops, and IRS auditors.

On top of that I’ve learned the secrets to obtaining a second passport as fast as possible, in “safe” countries free from overreaching government bureaucrats. All done legally yet “under the radar.”

Why should you seriously consider this (besides not wanting to get stuck in a tyrannical country)?

Most importantly, you’ll learn about legal tax avoidance loopholes that can protect you from “unrealized income” taxes or any other taxes politicians dream up.

P.S. Governments are coming up with increasingly creative ways to violate your liberties. Here’s how you can find and gain access to “safe havens” free from their grasp…

Become a GWP Insiders member today to discover how to keep your income safe, along with many more secrets to secure your freedom…

The post pandemic outlook is promising with new businesses cropping […]