Careful What You Wish For: Government “Legitimizes” Cryptocurrencies

Careful What You Wish For: Government “Legitimizes” Cryptocurrencies

With all the clamoring for Bitcoin and other cryptocurrencies to be recognized as legitimate, has anyone considered what it means to mainstream them? 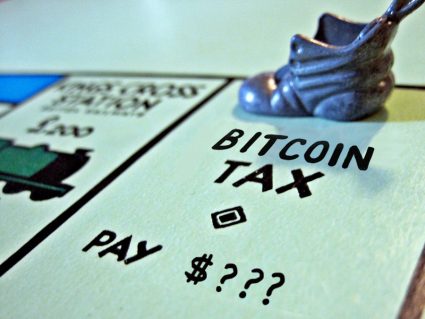 Advocates of Bitcoin and other cryptocurrencies have been quite vocal over the years about recognizing cryptocurrencies as a legitimate currency, as opposed to a fad or commodity. But what has historically happened when people do this? What has been the general government response?

One glaring example is the state level legalization of marijuana. Everyone called it a win in Colorado and California. But legalization isn’t too far off from recognition or legitimization in the eyes of government.

What state level legalization REALLY boils down to is: The government won’t charge you (criminally) or jail you, but it will tax the living snot out of you.

Take Denver, Colorado, for example. Tax on recreational marijuana can be as high as 36% (some pun intended):

California isn’t too far away with some random “flowers and leaves cultivation tax” that is levied by the OUNCE, coupled with a 15% sales tax. This is exactly what is going to happen to crypto.

I am a huge fan of decentralization. If I could use one word to describe my very existence, it would be decentralized. Other variations of that might be “diversified”, but consider my value propositions:

I don’t keep everything or even myself in one place for very long. Why? Because it protects me and my assets from everything ranging from litigious jerks to government encroachment. I say all this because I want to make clear that I’m not withdrawing my endorsement of cryptocurrencies or block chain technology, but rather flagging a few concerns as we move into the new year.

Over just the past few months, the guidance and regulations on cryptocurrencies has come into greater focus. A few years ago, we were saying that the regulations were rather vague; but now the scope has it in its crosshairs. It’s popping up in more legislative reforms: more recently, Trump’s tax bill.

The anonymity that was once ascribed to cryptocurrency is dwindling away. With all the regulations on the platforms and exchanges, it is becoming increasingly difficult to move cryptocurrencies around, especially Bitcoin.

(Note: when I say it “applied to cryptos”, I’m really saying it didn’t not apply. Until now, it was a bit of a grey area.)

While real estate maintains access to that loophole, cryptocurrencies do not. The loophole went from applying to “property” to applying to “real property”. As reported by Bitcoinist.com:

“Since March 2014, the IRS has treated Bitcoin and other digital currencies as property for tax purposes. This makes them subject to capital gains tax, requiring taxes be paid whenever crypto is exchanged for fiat currency (i.e. cash).

People wanted cryptocurrencies to be “recognized” and “legitimized”, and while they got that, the down side is that it isn’t recognized as a currency but rather as a form of property, so it is likewise subjected to the same treatment as property under the tax code.

With the closing of this 1031 loophole, ALL cryptocurrency exchanges will be taxed pursuant to the above, at the time of execution, regardless of whether it’s being cashed out or traded for another crypto.

Bitcoin surged from $890 in January 2017, to $16,130 January 2018. This growth in price index clearly caught the eye of lawmakers and tax collectors because now they want a piece.

While Bitcoin is NOT regarded as a currency, its procurement by way of mining is still considered income. If you mine it, you’re subject to state and federal taxes on its fair market value the day it was mined. If you do this as a private citizen, you pay the self-employment tax of 15.3%. If you do it as a corporation you pay the state and federal taxes applicable to your corporation.

This is not a change, but rather a caution in case you were thinking that mining is a work around the whole tax scheme.

As Ryan Losi, who leads the international tax practice at accounting firm PIASCIK, told Bloomberg, “More defined regulation will mean that digital assets are more easily accepted in the mainstream.”

He all but affirms my earlier claims that mainstream or government recognition of something entails regulation; and with regulation, inevitably comes taxes of some sort. Legitimacy in the eyes of government is defined by how and if it’s taxed, apparently.

Get some actionable advice on location independence, asset protection and […]