Before helping US citizens, Biden decided to make parts of the US infrastructure and educational institutions vulnerable to the CPP. 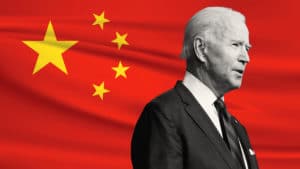 One reason not to rely on any Government has to do with “backwards” thinking. And sometimes that thinking can lead to incredibly dangerous outcomes. A recent example of this type of thinking cropped up in the U.S.

The short version: President Biden decided it was a good idea to revoke a policy from the previous administration that required schools to disclose relationships and transactions with Confucius Institutes (or the offshoot called “Classrooms”).

The longer version reported by the National Pulse explains why the policy Biden stopped was actually necessary to help maintain national security:

“The well-funded, controversial operations disguise themselves as language and culture initiative despite being replete with “undisclosed ties to Chinese institutions, and conflicted loyalties,” Chinese state propaganda, and intellectual property theft, according to the Federal Bureau of Investigation (FBI) and U.S. Department of Justice (DOJ).”

On January 26, Biden put a stop to the policy that required disclosure of these Chinese connections. In a sense, these Chinese organizations can now secretly inject state propaganda from the CCP into U.S. schools. What could possibly go wrong?

Now that Biden has reopened this loophole for Communist China to exploit, it won’t take long for them to take advantage of it.

As if this wasn’t bad enough, it’s actually much, much worse…

China’s Communist Party (known as the CCP) employs tens of thousands of operatives on U.S. soil, through an organization called the United Front Work Department.

Their purpose is to spread communist policies and propaganda covertly throughout the United States, primarily aimed at Chinese Americans.

According to a Congressional commission report, even the rights of U.S. citizens are being violated: “The [Chinese Communist Party] has sought to influence academic discourse on China and in certain instances has infringed upon—and potentially criminally violated—rights to freedoms of speech and association that are guaranteed to Americans and those protected by U.S. laws.”

And it’s not just potential CCP infiltration of the Government, including implicating the President’s son Hunter. The invasion goes much deeper, including large companies like Boeing, Qualcomm, and Pfizer… which are all riddled with CCP members.

Does this mean the CCP will take over the United States tomorrow? Probably not. But at the rate we’re going, it won’t be long before the values of the CCP and Democrats are almost perfectly aligned.

Does Chinese influence end there? Actually, no. That’s because Biden recently gave the Chinese even more control over U.S. assets.

Even the U.S. Power Grid Won’t Be Safe From the CCP!

The former administration issued an executive order on May 1, 2020 to protect the main power grid from foreign cyberattacks and other forms of exploitation.

But instead of maintaining that protection, the new administration rescinded the order in efforts to “undo” what the previous administration had done for what amounts to political reasons. This “backwards thinking” exposes the U.S. to attacks from CCP hackers (who have tried before).

A White House reporter from Newsmax stumped the U.S. Press Secretary Jen Psaki when she asked Psaki about the potential vulnerability. This led to Psaki’s now-infamous “I’ll have to circle back” response, which showed she wasn’t aware of the strange move that President Biden made.

The bottom line: POTUS has taken multiple steps to make it easier for the CCP to strengthen its presence in the U.S., and you should be ready with an escape plan in case things escalate.

I created GWP Insiders to share those lessons, which could help you if a communist regime sets up shop where you live.

P.S. Don’t wait for communism to strangle America before you start planning your escape. You’ll need to build your “global escape hatch” before you need it…

The economic fallout of 2020 is leading to greater wealth […]