CDC and FBI Are Up to No Good (Here’s Why)

CDC and FBI Are Up to No Good (Here’s Why)

The FBI and CDC have been tracking Americans without their knowledge, dipping into their electronic data, in the name of… you guessed it… national security. 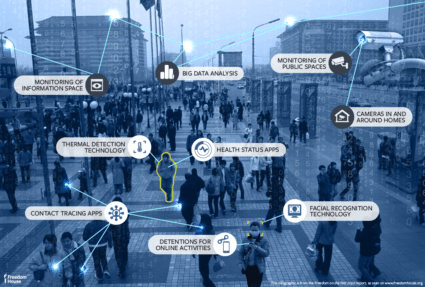 If you’re a U.S. citizen, the need to keep your options and exits open has become a lot more important over the last decade.

It all started with Government nannies and the NSA. But over the last two months, the “need” has ratcheted up another level.

That’s because two more U.S. Government “alphabet agencies” have taken things to a level the NSA already had (illustrated by the “Snowden Revelations” back in 2013).

First up, the FBI and their newest invasion of your privacy…

These searches were conducted just last year, and were done under a familiar guise of “national security investigations.” The target for a good portion of the searches, if you were to believe the Government agency, was alleged Russian hackers.

Based on what Snowden revealed in 2013 after James Clapper outright lied to Congress about NSA surveillance, I’m inclined to call B.S. about the FBI’s intentions.

Of course, miracles do happen, and the FBI could be telling the truth. However, I remain deeply skeptical.

The FBI also appears to have taken an “anything goes” approach to their “investigations.” They searched millions of individual names, telephone numbers, email addresses, and social security numbers in the name of “cybercrime.”

All without a warrant. And if that doesn’t creep you out, this next point might…

According to Bloomberg, a DNI report that explained the searches: “provided updated statistics reflecting a sharp increase in the number of times government officials sought to learn the identity of an American — a practice commonly referred to as unmasking.”

The 4th Amendment of the Constitution is supposed to protect against illegal search and seizure, which includes “unmasking.”

I guess the FBI chose to ignore the founding document for their own country. But they aren’t the only American agency that is up to no good…

CDC Tracks Tens of Millions of Americans Without Their Knowledge

In an almost “Stalinist” move, the Center for Disease Control (CDC) bought private cell phone data so it could track millions of Americans’ compliance with lockdown orders and vaccine mandates.

According to the NY Post, the CDC just wanted “deeper insight”:

A controversial “data broker” called SafeGraph initially provided the data to the CDC for free during the outbreak of the pandemic, the documents show. Then in 2021, the CDC reportedly hatched a deal to pay the company $420,000 for continued access.

The CDC argued in the documents that data from SafeGraph […] helped give the agency “deeper insights into the pandemic as it pertains to human behavior.”

So it looks as though “deeper insight” actually means forced participation in some social human behavior experiment.

Last time I checked, the CDC wasn’t called the “Center for Citizen Control,” but they sure are acting like it now.

Plus, after privacy concerns were raised, Google (which has privacy issues of its own)  banned app developers from working with SafeGraph.

That fact alone should tell you something.

But even more alarming, the CDC has conceded they also want to use the data for “non-COVID” purposes (again, after concerns were raised).

That could open the door for whatever the CDC deems a “non-COVID” purpose in the future. Not good if you value your privacy.

Thankfully, there is a solution…

Do This Now: Examine Your “Option and Exit” Plan


I’m sure you’re already aware that the U.S. “Alphabet Agencies” can be notoriously untrustworthy. But now it looks as though they are declaring an all-out war on your private information.

And I doubt it will stop.

That means you need to be ready to “head for an exit,” before your freedom to travel is restricted (btw, the CDC wants to track that too).

If you don’t have an exit plan and financial options prepared for whatever comes next, I urge you to prepare before it’s too late. If you do have a plan, examine it against the current conditions to see if that plan will hold up.

Here’s how I can help with that…

I’ve been living the life of a “digital nomad” since 2001. During that time, I’ve learned dozens of extremely valuable lessons about how to keep your location options open and maximize your freedom.

P.S. The iron grip that the U.S. Government is placing on your liberties is getting tighter and tighter. So I would like to offer you a way to preserve as much freedom as you can and keep your money safe at the same time…

To that end, I would like to invite you to become a GWP member and learn strategies for keeping your location options (and financial exits) open…

Offshore banking provides a layer of asset protection against real […]