Dimon Hints at Disaster in the U.S. Economy

Dimon Hints at Disaster in the U.S. Economy

The volatility and general weakness of the US economy has not gone unnoticed.  In fact, we could be seeing the early signs of capital flight out of the US. 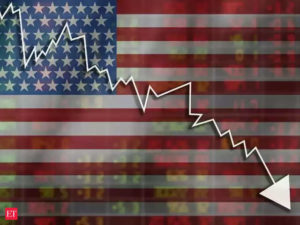 Ray Dalio even warned that “cash is and will continue to be trash” earlier this year. That’s no surprise, because the U.S. dollar has been weakening in value since reaching a peak in 2002.

Purchasing power for consumers in the U.S. also keeps tumbling, and has been in a constant state of decline since 1933 (chart below):

Unfortunately, to Dimon, the problems in the U.S. go much deeper, and he even suggested “diversification” from the U.S. itself.

Best Time to Be Ready to Leave the U.S. Was Yesterday

On top of the COVID-19 pandemic, which thankfully appears to be winding down, civil unrest has also been a story inside the U.S. since June 2020.

Chinese dictators are taking notice, and appear to be stoking the unrest even further. Reportedly they smell blood in the water:

China’s state media has also shifted into high gear. On the one hand it wants to encourage unrest, with the Global Times asking on Twitter if police are “Peacekeepers or mass murderers?” and Xinhua promoting a New York Times article sympathetic to rioters.

Violence and civil unrest aren’t new to the U.S., but when corporate CEOs like Jamie Dimon show concern, the sense of alarm gets heightened further.

Dimon even went so far as to say the U.S. “could be perceived as a place that is inhospitable to capitalism and capitalists.” Then he shared a scathing indictment of the U.S.:


The Chinese see an America that is losing ground in technology, infrastructure and education – a Nation torn and crippled by politics, as well as racial and income inequality – and a country unable to coordinate government policies (fiscal, monetary, industrial, regulatory) in any coherent way to accomplish national goals.

So the question remains, is this fixable?

With savings for almost half of the country’s citizens on the brink, that remains to be seen. Almost half of American’s don’t even have enough savings to handle an emergency, let alone put food on the table.

Maybe the mainstream media will quit outright lying to the public, and instead begin to earn its trust. It’s possible for U.S. citizens to set aside their differences, and work with each other.

But then again — given how unlikely all of this is — maybe it’s time to consider putting your “plan B” together. And also pull that “go bag” out of the closet.

You NEED a “Global Escape Hatch” Before It’s Too Late

During that time, I’ve also learned dozens of valuable lessons about how to maintain my independence free from Government tyrants, “ethically challenged” police officers, and other nosy people.

P.S. Living in the U.S. is becoming a dicey proposition. If you don’t have a backup plan, you should put one together now. Then consider taking the next step…

President Biden is ready to drop the hammer on the […]