Entrepreneurs and innovators are the key to solving social and material problems.

Rather than being met with fines, fees, and regulations, governments should be facilitating their integration… even if that means getting out of the way. 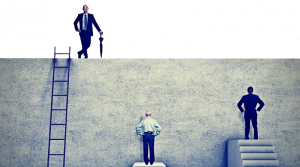 It seems like whenever an entrepreneur discovers a market demand and decides to build a little business around it, some busybody swoops in and heroically dashes any hope of that solution going unpunished.  As a small business entrepreneur, this is always a sensitive subject for me.

There’s a homeless problem? Okay, so an LA musician starts a crowdfunding initiative raising around $100,000 from around the world. He manages to build these tiny homes (and they are indeed tiny as they are roughly the size of a parking space) for about $1,200 each. The city of Los Angeles decides to seize them in the name of safety! You can’t make this up!

Connie Llanos, a spokesperson for the LA mayor’s office, said, “Unfortunately, these structures can be hazardous to the individuals living in them and to the community at large.” This could be true, if the majority of these homes weren’t on private property with the permission of the owners. Some were not and were simply set in the same place their tents were until a private lot could be secured.

It doesn’t stop there. The city of LA has on numerous occasions promised affordable housing, to clean up the streets, to put a roof over everyone’s head… to no avail. So the mayor rolled out another plan running at $1.87 billion to end homelessness in Los Angeles once and for all!

But this is the same sort of nonsense when someone tries to feed the homeless, and some bureaucrat comes along and cites them for not being licensed to provide food to the public because it’s a “safety hazard”. And dumpster diving is safer?

Fighting those who are trying to solve problems seems to be a top priority in California. What’s crazy is that state in particular is saddled with myriad “green” initiatives, ranging from special fuel for their cars to banning straws, and yet when even a green solution presents itself, some cities just can’t help themselves.

San Francisco: home to one of the biggest housing crises in the state if not the country and absurd traffic and congestion, has waged war against Airbnb and is now wielding it’s lawmaking regulatory baton at dockless scooter enterprises.

Don’t get me wrong: scooters and bicycles strewn all over the sidewalks is not ideal and can certainly pose a hazard if designated areas aren’t established for drop-off. If that was the only hang-up, it wouldn’t be that big of a deal.

Do a little digging and it turns out the city doesn’t want competition. “Oh, the city has a bike sharing initiative?” Not quite. Here’s what every OTHER dockless enterprise has to pay to play:

“For every two bikes that they put on the street, stationless operators will have to pay the city to acquire and install a bike rack that can accommodate two bikes, at a cost of roughly $90 each.

“That seems odd, since the permit allows stationless bikes to be parked in public bike racks or in the ‘furniture zone’ of sidewalks, the area closest to the curb, where benches, kiosks, trees and utility poles are allowed.”

All those fees are BOUND to make people safer, right? Guess who’s exempt? Ford Go-Bike. There is a ten-year contract where the five participating cities – of which San Francisco is one – and the transportation commission could receive 5% of the sponsorship and ridership revenues.

“The city waived its station-permit fees because “the alternative was spending $18 million of public funds” to expand the Bay Area Bike Share program, which was started with taxpayer dollars. Ford GoBike is reportedly getting $49 million over seven years from its primary sponsor Ford Motor Co.”

What do they mean the fees are cost prohibitive? I thought this was about public safety! Can we really put a price tag on that? Yes, we can. $49 million to be exact.

California is easy to target, but don’t think this doesn’t have different incarnations around the US. It’s amazing how other states love to tout how they aren’t as bad as California, but one need only dip their toe in the Institute for Justice pool for 5 minutes to find out they are full of it.

Virginia apparently will not abide by a small family run business teaching trades. The US has a glut of college graduates with no skills but is starved for skilled tradesmen. Jon and Tracy McGlothian are entangled in a legal dispute with the state for trying to teach project management and sewing without a permit! The sad part is, they tried to comply by paying the fees and providing evidence that they are fit to teach these things, but with no success.

“As it turns out, in Virginia, you can teach anyone anything—except how to earn an honest living. Any Virginians can legally teach hobbies like yoga or karate. But, incredibly, Virginians who teach job skills without a state license can face criminal charges and tens of thousands of dollars in fines.”

Mississippi will not allow technology to streamline information making it accessible and affordable for small banks. Brent Melton and Scott Dow are the entrepreneurial founders of Vizaline, LLC. They provide an efficient means to survey smaller properties:

“In 2017, however, the Mississippi Board of Licensure for Professional Engineers and Surveyors sued the company, claiming it was practicing unlicensed surveying even though it was simply using public information to draw maps on a computer.”

Behind all these regulations is some crony who doesn’t want to lose a contract or deal with competition. If we want better services – either interpersonal or technological – government must get out of the way of choice and competition. Whether people are looking for solutions to social and economic ills or looking for better options than what is currently available, we all have a right to decide for ourselves what suits our needs.

How else are new ideas going to circulate? How else can we evolve and grow out of our current circumstances? And how else can businesses provide affordable access to more things?  Entrepreneurs and innovators are the answer, so let’s free the market!

Crypto offers a decentralized and potentially stable alternative to individuals, […]