“Experts” Are The Reason To Have Your “Exit Plan” Ready

“Experts” Are The Reason To Have Your “Exit Plan” Ready

The experts don’t want people to panic so they have conjured every excuse for the current inflation, but things are anything but fine. 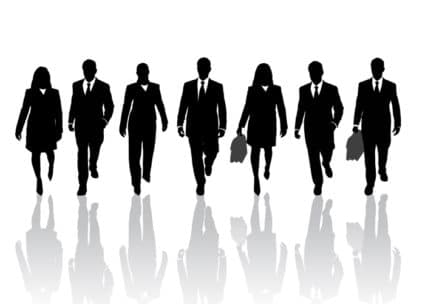 Based on the latest data, it’s very possible that “experts” have created an economic “hell on Earth” that will last for quite a long time.

By downplaying rising inflation for almost all of 2021, Jerome Powell and other Fed officials have grossly underestimated what will be a much longer-term inflationary trend.

And with consumer price inflation currently rising 8.5% over last year, we can definitely say the Fed “experts” were wildly wrong (or intentionally misleading the public).

Regardless of their intent, the economic intelligentsia in the U.S. have engineered a financial quagmire that most citizens won’t be able to escape from for at least the next decade.

“This is a total farce.”

James Hickman doesn’t think the current inflationary economy is going to cool off in the near term:

“This is a total farce. Many key inflation drivers (including conflict, long-term demographic trends, and major shifts in global manufacturing) are chronic issues that aren’t going away anytime soon.”

Unless you’ve been living under a rock, you’re already aware of the Russia-Ukraine conflict that the interventionist U.S. Government has stuck its nose in.

I won’t repeat a “play by play” of that conflict in this short message.

But economic sanctions on Russia combined with the Biden Administration’s energy policy have both played a part in putting a noose around a major part of the U.S. economy.

The result? Higher prices at the producer level, which eventually trickles down to the consumer in the form of higher prices on any product that uses wheat.

Since inflation is non-linear, both consumer inflation and producer inflation running hot means prices aren’t coming back down to earth anytime soon. As prices climb, people are going to tighten their belts and spending will slow down.

Furthermore, consumers will have less money to save as they put more toward basic living expenses. This is already showing up in the data as Market Movers reports that “the personal savings rate fell to 6.2% in March, the lowest since 2013.”

Rising inflation and lower savings rates signal bad times ahead for the average consumer. And as bad as this is, it’s not the only signal of an upcoming “down phase.”

Since January 4th, 2022, the Dow Jones has already shed almost 10%. This downward trend could easily turn into a full-blown bear market, especially with the extreme valuations we see today.

Not to mention, the Fed’s monetary policy of “printing money” has resulted in a record balance sheet that sits near $9 trillion. They can’t unwind their balance sheet without wreaking havoc on the U.S. economy.

Summing up, the ingredients for an “economic hellscape” are all present, so the only question you should be asking yourself right now is: “Is my money going to be safe?”

How to Keep Your Financial Options and Exits Open


Since a more serious economic downturn appears likely, now is the time to get prepared in case you have to “head for the exit” before everyone else does.

I’ve been living the life of a “digital nomad” since 2001. During that time, I’ve learned dozens of extremely valuable lessons about how to keep your financial options open and maximize your freedom.

P.S. Right now the U.S. appears to be heading for its worst economic crisis since 1929. So I would like to offer you a way to preserve as much buying power as you can and keep your money safe…

To that end, I would like to invite you to become a GWP member and learn strategies for keeping your options (and exits) open…