The FBI has found new purpose in coming after people on some sort of fishing expedition in hopes of finding a crime or charge after the fact. 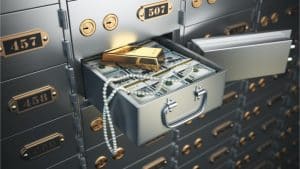 Recently, whistleblowers from inside the FBI have come forward with a couple of startling revelations.

First, according to one of these whistleblowers, the U.S. agency appears to be moving agents off of child abuse and exploitation cases.

The same allegations reveal those same agents are instead being told to pursue investigations of Americans who visited the U.S. Capitol Building on January 6th, 2021 (whether they participated in protests or not).

I think we can agree that’s a fairly creepy change of priorities, but it gets even worse…

According to another report, Rep. Jim Jordan “sent a different letter citing whistleblowers who reported that FBI officials ‘are pressuring agents to reclassify cases as ‘domestic violent extremism’ even if the cases do not meet the criteria for such a classification.'”

Now imagine if you happened to be peacefully protesting outside of the Capital, and the Administration didn’t like what you were doing? Then imagine if they were successful in reclassifying your case to a more severe charge?

All because of your politics, in a supposedly free country. And it’s not just the people who were participating in some way on January 6th, either.

The FBI also sent at least 20 agents to one man’s house, who happened to have “pro-life views.” The visit, if you can call it that, was in response to a warrant based on a case that was already thrown out of court.

The man, named Mark Houck, wasn’t even armed. Nevertheless, the FBI sent a battalion of agents to arrest him and scare the heck out of his family.

His wife added some interesting context:

“After they had taken Mark, and the kids were all screaming that he was their best friend, the [FBI agents on her porch] kind of softened a bit. I think they realized what was happening. Or maybe they actually looked at the warrant,” […] “They looked pretty ashamed at what had just happened.”

But it was already too late for Mark, who apparently had the wrong political views for the U.S. Establishment.

In March 2021, the FBI seized the contents of 1,400 safe deposit boxes from allegedly innocent Americans.

According to an article at The Federalist, the vault company where these boxes were kept laundered money and the owners were convicted.

Nearly all of the customers who trusted this company with their belongings were unaware of any money laundering and are not suspected of any crime. Nevertheless, their personal valuables were caught in this FBI dragnet.

The total value of the asset seizure? $86 million.

The amount returned to these private citizens by the FBI? Zero, none, nada.

The article also reported another sinister bit of FBI malfeasance: “Agents appeared to have gotten their warrant to raid the vault by neglecting to tell the U.S. Magistrate Judge Steve Kim, who signed the warrant, that they intended to keep all the assets found in every safe deposit box containing $5,000 or more in cash and valuables.”

So the FBI got a warrant (which stated the agency couldn’t search the boxes), then went ahead and kept the assets that were discovered.

This stuff is only supposed to happen in authoritarian regimes, yet it’s happening with greater frequency in the United States – a “free” country that pays homage to its Constitution in word, but not always in deed.

And now? About 400 people are suing the agency in a class action lawsuit to reclaim their property that shouldn’t have been seized by the FBI in the first place.

Hide Your Assets From the Authoritarian Snoops at the FBI

If authoritarianism takes root in the U.S. – and whoever’s in the White House decides to target their political opponents – you have to be ready. After all, your privacy, your wealth, and your freedom are at stake.

That’s why you should take steps to safeguard your money before the FBI might lie to another judge and try to seize it.

P.S. FBI malfeasance is getting more common as time goes on, so you need to be prepared by having some of your assets tucked away in a safe place…

​While the EU does its level best to discourage any […]