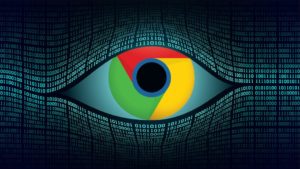 Most Internet browsers are advanced enough to include some “data tracking” blockers that are supposed to help protect your browsing data from being tracked.

Those same browsers also feature some sort of “incognito” mode, which isn’t supposed to track any websites you visit or add them to your browsing history.

Google’s Chrome browser features this mode. You might think that if you use incognito mode your private information is safe.

But a recent $5 billion lawsuit against Google should cause you to question that assumption.

According to the suit, millions of U.S. citizens are being tracked by Google, even if they use incognito mode to browse the web. Cnet explained:

The suit, filed Tuesday in the US District Court for the Northern District of California, alleges that Google violates wiretapping and privacy laws by continuing to “intercept, track, and collect communications” even when people use Chrome’s incognito mode and other private web browser modes.

Apparently, it doesn’t matter if you are using other methods to protect your privacy, according to the suit, you’re being tracked anyway.

Imagine the feeling of not being able to do anything to protect your private data while using the Internet? Google seems to want to make that a reality.

“As we clearly state each time you open a new incognito tab, websites might be able to collect information about your browsing activity”

Lots of grey area in that “clarification” from Google.

The phrase “might be able to” leaves the door to your privacy open — when it should be shut completely once someone selects the “incognito” mode.

Otherwise, what is the point of using a function that claims to be “incognito” in the first place?

Consumers place trust in Google when they use their products, even if they are free products. Leaving the door open to violate that trust doesn’t appear to be a good move on Google’s part.

Unfortunately, this breach of trust didn’t start yesterday. The suit affects “‘millions’ of Google users who since June 1, 2016 browsed the internet in ‘private’ mode.”

So the problem this lawsuit addresses actually started four years ago. Imagine how much of your private data Google vacuumed up since then? Quite a bit, even if you’re only a moderate Internet user.

The better move on Google’s part would have been to err on the side of user privacy, and not permit the data collection. But that’s not what they chose to do.

Sadly, this isn’t the only privacy lawsuit Google is involved in at the moment…

Google is Creating Voiceprints of Children Too!

In another suit, the company is being sued because, according to Cnet:

“Google is using its services to create face templates and ‘voiceprints’ of children, the complaint says, through a program in which the search giant provides school districts across the country with Chromebooks and free access to G Suite for Education apps.”

This suit also says Google is collecting data from children without the consent of their parents. If this is how they are willing to treat children, it’s no wonder they walk a thin line with adults when it comes to respecting privacy.

These two examples are two of many, unfortunately. Google will likely absorb the cost if found guilty, or settle out of court, and continue on its merry way.

That’s why you have to guard your privacy starting now, before it’s long gone.

How to Blind Google’s “All Seeing Eye”

It should be clear from the two examples above that your facial images and other private internet data can be used to track your exact location, eating habits, spending habits, your income, your online surfing habits, and many other parts of your private life.

P.S. Time is truly running out. Pretty soon, your entire online life could be searchable on the web if you’re not careful. You need to read my report before it’s too late…

US Passport Takes a Major Hit

Holders of US passports took a hit as a result […]