How an Offshore Account Can Keep You Out of Prison

How an Offshore Account Can Keep You Out of Prison

While offshore accounts carry the stigma of getting people INTO legal trouble, the truth is, it could be the very thing that helps keep you out of it! 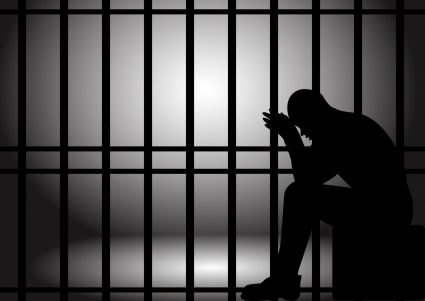 I want to tell you a story.

A few years ago, I was asked to speak to a group of entrepreneurs at a private event in Minnesota. The topic for the event was offshore asset protection.

During the event, I talked about the usual topics like offshore banking, offshore companies, offshore trusts, etc.

After the event, there was a cocktail reception where the guests and I could mingle and I could answer any specific questions not addressed in the Q&A session.

Upon receiving my drink from the waitress, the event organizer approached me. He asked if we could talk for a few minutes in private.

This certainly piqued my interest as the vibe was very ‘hush-hush’.

He began to tell me about one of the members of their entrepreneur group and the real reason they asked me to come and speak.  I won’t go into all the details for sake of brevity, but the abridged version is: the member in question (and conspicuously not in attendance) was in prison.

He was the CEO of a company he had founded 15 years earlier that was doing around $35MM in annual revenue. It was a very profitable company with a board of directors and an executive team.

Fortunately for the controller he was clever enough to shield himself from guilt and the CEO, as primary shareholder and company director, had full responsibility for the non-payment of taxes.

As you can imagine the IRS was neither pleased with nor sympathetic to the CEO’s ‘lack of knowledge’ excuse.

Immediately upon initiation of the IRS investigation, the agency seized all company and personal bank accounts AND put liens on his primary and vacation homes.  In a matter of hours, the CEO was completely broke… and that was before he knew he was even being investigated!  I am sure you can imagine his surprise to find out that: 1. he was completely broke and; 2. the IRS was charging him with tax evasion.

Now back to the cocktail party. It was at this point that the event host told me the main reason he wanted me to come speak to his group was because of one key observation the CEO of that company made:

“If I would have had an offshore bank account and a nest egg unreachable by the US court system, I could have actually afforded a legal team to fight this and prove that I was unaware of the fraud.”

Basically, the CEO had to borrow money from friends and family to hire a very low level local attorney who was ill-equipped to fight the IRS.  He knew before the situation arose the benefits of opening an offshore bank account and building a nest egg outside the reach of the US court system, but he failed to take action; and now he is serving an eight-year prison sentence.

I am not making a moral case for the guy. I’m not even trying to make a case for his innocence or guilt.  I am only trying to show you that in the US, you are guilty until proven innocent and government agencies wield unlimited power to seize and/or freeze your assets upon the INITIATION of an investigation… not at the conclusion of one.

At a bare minimum, you need to consider starting a nest egg of cash and investments offshore. An offshore bank account is outside the reach of the US court system and not subject to US judgments against your assets.

The simple act of opening an offshore bank account and building cash, can provide you with a safety net the event you need it.  But here’s the thing: there is no downside!

You can access investment opportunities unavailable in the US.

You can hold multiple currencies to hedge your currency risk against devaluation.

In our Offshore Banking Report we review almost 2 dozen offshore banks that we recommend to our offshore company and trust clients.