A recent reiteration of Operation Choke Point threatens free speech to its core, with cancel culture at the helm. 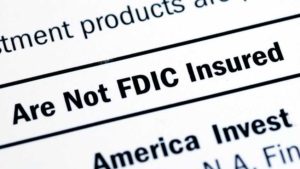 If you’re a U.S. citizen who thinks that someone at your bank couldn’t have your account shut down based on your political views, you’re wrong.

But that wasn’t the case during the last part of the Trump administration, because his OCC (Office of the Comptroller of the Currency) enacted special legislation to protect you against that treatment.

“The central value of the Trump rule was straightforward: Far from constraining the lenders, it imposed a short leash on the bureaucrats and politicians, in that new efforts to politicize lending could be challenged in court by the prospective borrowers disfavored by government officials,” wrote Benjamin Zycher.

That legislation document was removed from the web because the current administration under Biden is doing away with the protections that would have been provided by the Fair Access rule.

That means your bank account (or other means of collecting money) could be shut down if your financial institution doesn’t like your political views.

I warned about the first version of Operation Choke Point (started by the Obama administration in 2012) in a previous message.

The encroachment on your liberties attributed to that version should have ended via a FDIC settlement in 2019. But it didn’t.

Instead, the current POTUS put a pause on the former administration’s last ditch effort at financial freedom in the U.S. with the Fair Access rule.

With that pause, Biden paved the way for a repeat of Operation Choke Point, let’s call it version “2.0,” which has already taken a swing at popular free speech platform Gab, according to the company:

That expansion means a Maoist-style “struggle session” with your financial institution could be next, especially if you’re a freedom-loving American.

Communist-Like Conformity Could be Required!

From 1958-1969, Chairman Mao Zedong started a deadly “Great Reset” and “Cultural Revolution” that killed millions of people. Power-drunk rulers like Mao could not allow any dissent, so he stifled resistance by military force and the acquisition of dissenter’s assets.

Of course, your financial institution isn’t likely to have a “red guard” to drag you into the middle of the street for a struggle session, like Mao did with those that didn’t conform.

But if you woke up one morning and found out your financial institution closed your account because of your politics, that would be extremely stressful.

And, like Gab, you wouldn’t be able to walk down the street and open an account at a different bank. Due to your name appearing on a centralized black list, they simply wouldn’t let you open an account.

“Capitalizing on the trend of cancel culture, a return of Operation Choke Point would devastate an already damaged country,” writes Kelsey Bolar.

Not that that matters to the Biden administration. They’ve already reversed multiple Trump policies and seem dead-set on putting America (and Americans) last.

It’s hard to believe it’s only been about 75 days since Biden took office. He’s caused considerable damage during just this short time. I can’t even imagine what the country will look like in 4 years. Needless to say, it’s more important than ever to have a plan to escape.

During that time, I’ve also learned dozens of valuable lessons about how to keep my money out of the hands of Government tyrants, “politically correct” banks, and other nosy people.

P.S. The next tyrant is already in office, and he’s checking to see if you will conform. Don’t get caught unprepared. Build your “global escape hatch” before you need it…

Congress is rolling out its $1.9 trillion infrastructure bill, and […]