The incentive to profit has the private sector meeting demand, while that same incentive has government penalizing these consumers and businesses. 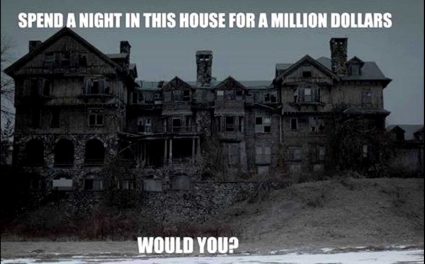 One of the greatest criticisms I see about unfettered capitalism is the “profit incentive”. Of course the same people who make this criticism are some of the first people who respond to images like the one featured here with: “IN A NEW YORK MINUTE!” They don’t make the connection that profit is often what gets us to do things that we might not otherwise want to do. In many cases it gets us to do things we otherwise might not have thought to do, but fulfills a demand.

Economist Walter Williams once said, “Prior to capitalism, the way people amassed great wealth was by looting, plundering and enslaving their fellow man. Capitalism made it possible to become wealthy by serving your fellow man.”

And that last sentence is largely attributable to the profit incentive. (I don’t say wholly because I think there are other drivers to why capitalism works in this way, but profit… or some personal benefit… is the big one.)

The criticism stems from a false correlation between profit and greed. Thomas Sowell sums it up nicely:

“I have never understood why it is ‘greed’ to want to keep the money you have earned but not greed to want to take somebody else’s money.”

The distinction is in how the profit is made, not the profit itself. Profit is the boogeyman of economics the way guns are the boogeymen of a safe society. Neither are inherently bad, and carry no moral value.

In both scenarios it is rather clear which is the legitimate version and which is the criminal one. But while folks like me are out there starting businesses, earning through voluntary exchange, the government is out there stealing so they can justify more spending on more stuff we just don’t need.

Here are some examples:

After all the subsidies and rebates and government incentives to get people to convert to solar panels or at the very least INCREASE the use of solar panels, people have gotten on board. Great news right? No. Here’s what’s happening in California:

“Regulators will soon be deciding whether Californians installing solar panels will have to pay new monthly fees to their utility, including PG&E and the state’s two other major utilities. “

The debate, years in the making, was sparked by something that’s been troubling the utility sector: as more Californians make their own power, electric utilities are bringing in less money.”

“While OGE and other utilities say it’s unfair that wind and solar owners aren’t being charged for grid maintenance, those owners aren’t getting compensated for the excess clean power they put into the grid for everyone else to use.”

The issue isn’t charging or not charging. It’s that once the government starts to lose money on something, the policy starts to shift. The same thing happened in Spain, although they are actually looking to reverse that policy.

The state of Nevada took it to extremes:

“While Nevadans were celebrating the holidays under solar-powered lights, the Nevada Public Utilities Commission (PUC) voted unanimously to increase a monthly fee on solar customers by 40% while reducing the amount they get paid for excess power sold to the grid. Adding insult to injury, they made the rate changes retroactive, sabotaging consumer investments in solar energy.”

This rate hike basically put the kibosh on off-grid living and killed whatever incentive there might have been to private investment in solar energy. It’s this kind of price rigging through fees or taxes that distort the playing field. The demand for alternative sources of energy is certainly there. The government distorted that demand with its incentives, but solar panels still have a place in the market. Those who manufacture, sell, and install them are earning while meeting the demand. On the other hand, the energy companies are state cronies, and they are swindling. They can’t compete, even when the solar participants are giving them FREE energy to sell off to those without panels, so they tattle to the local government so they can rig pricing back in their favor.

People have been taking to the idea of little to no mortgages. The mere idea of someone trying to get out of debt is a threat to the state. That’s because the entire American economy is fueled and sustained by debt. The government’s solution to everything is debt.

That’s how it “solves” for overspending. It makes a bunch of lofty promises to the constituents and their cronies, and the only way to pay for it is to put it on credit. But this is the same solution to all economic issues! Want to go to college? Debt through federal student loans! Want to get a house? Debt through a quasi-governmental agency of Freddie Mac or Fannie Mae!

People are sick of being saddled with debt just to say they have a degree and a house. It’s not to say that either are totally worthless, but if neither offers a return on investment, then arguably they might not be worth as much.

For example, there are some reevaluating whether a 4 year degree is really essential. Ernst and Young has removed its college degree criteria as requisite for employment consideration. Google, IBM, Apple, and Penguin-Random House Publishers also lifted their college degree requirements. Institutions like Praxis are taking off and proving to give more bang for the buck in preparing people for real world work. It hasn’t reached a tipping point yet, but what will happen when people and businesses alike realize that the 4 year degree is not worth it anymore? I expect that more efficient means of education will come under attack.

What makes me say that? That’s what is happening to the housing industry. Look at the Tiny House phenomenon that has swept through the US. Tiny Houses have their appeal ranging with those trying to help the homeless to those trying to scale down and avoid the debt-for-stuff cycle. It’s nearly impossible to find fault with either of these things, no matter where you fall on the political spectrum. Unless, of course, you’re actually a politician.

Tennessee, Alaska, Idaho, and California all have cities that simply don’t ALLOW houses that are only a couple hundred square feet. Los Angeles considers it a threat to public safety to offer tiny home living to homeless people. Apparently everyone is safer when they have no home at all?

Some contend that it could lead to a sprawl of tiny homes that would be unsightly and bring down property values. And bringing down property values or not developing property to a higher value affects government revenue. Think about it. Undeveloped land gets assessed and taxed at one rate. Developed land at another. The greater the development, the higher the appraisal rate and the higher the revenues. Needless to say, a tiny home on wheels is hardly a money maker for the county appraiser. In fact, tax revenue is a huge driver behind eminent domain as well.

One such example is in Massachusetts: “

23-year-old college graduate, Sarah Hastings, built a 190-square-foot home on three acres of farmland in Hadley, MA, complete with a garden next to it. But the town found she was not in compliance with zoning ordinances, and now her home is in storage. Hastings proposed a change to the town’s laws to allow for her tiny home, but the measure was vote down ‘because some residents were afraid the town would be overrun with them.’”

In many cases, tiny house dwellers try to live off grid. They have a small enough dwelling to where solar panels or a small turbine can meet their energy needs. Combine that with a well and leech field, and you’ve got all the makings of a life Henry David Thoreau would be proud of. The problem is, most of these local governments don’t want people living off the grid.

So while the market has a very sincere demand for tiny house and off-grid living, we don’t have the permission to do so. The businesses producing to meet the market demand for alternative energy and alternative housing are seeing just how much government hates competition.

Government really doesn’t care about the welfare of its constituents as much as it cares about its “profits”, and we can’t refuse it. Alternative energy and tiny home providers are also incentivized to make a profit, but they have to meet our needs or we can opt out of them. What makes it weird is that these goods and service providers are vilified for making a profit… while providing a good or service. But the government is defended at every turn for seeking out far more profit for doing absolutely nothing to earn it!

Society really has it backwards. Profit pushes solutions in the private sector, but pushes punitive policies in the public sector.