Licensure requirements keep the poor from enjoying upward mobility as one of many barriers to entry into the market place. 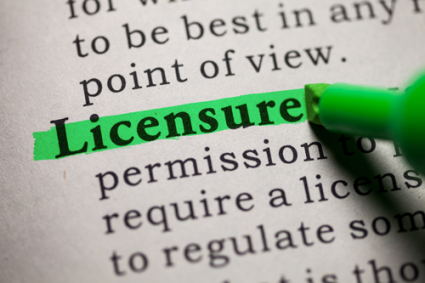 Despite all the regulatory rigging by governments big and small around the world, we are all living in an era of unprecedented prosperity! Talk about an inconvenient truth! While mainstream politicians and media outlets would want everyone encumbered with the false corollary that “the rich are getting richer and the poor getting poorer”, the fact is, one has nothing to do with the other.

People often mistake this to be the privileged musings of a white male expat in wealth management. It’s an easy copout, for sure. That accusation assumes I might in some way be apathetic or glib toward poverty. I would argue that accusation in fact exposes how dismissive they are toward economic facts.

I probably represent the poster child of every evil thing to the left. I’m a successful, unapologetic, capitalistic, entrepreneur after all. Here’s the difference: I want everyone to have and take their shot at personal success and I’m genuinely happy for them when they achieve it. While I don’t believe the opportunities will or should be the same for everyone, everyone should be free to pursue that which presents itself without government standing in their way.

A while back, we posted an article about the Shadow Economy or “System D”. It’s the black and grey markets around the world that is a $6 TRILLION per year economy operating worldwide. People immediately think of crime syndicates (no thanks to politicians who have hyped up the criminality of their moral wars on drugs, guns, and finance). But it’s really just people buying and selling without permission; things such as phone cards, household items, food, labor and services. The unlicensed food cart or lemonade stand is the face of System D throughout much of the United States.

While it’s not explicitly spelled out in the Constitution, I absolutely believe it is a basic human right to make an honest living. As such, government should not be impeding, abridging, or in any way preventing people from doing so. The same is true for any other right be it speech, property, or due process.

That means, there are 1,040 occupations that are being practiced all willy-nilly across the US. The fact that a heavily regulated state can look over into less regulated states and SEE that their regulations and licensure laws don’t make their citizens safer is really all the evidence you need to abolish them.

I know it’s difficult to imagine, but there are states that don’t license their interior designers! Savage as it sounds, poor taste has caused a total of zero deaths. Which brings us to the logical conclusion that: “if 47 states can protect their residents’ lives without licensing interior designers, there is no reason why three states and Washington, D.C. need to impose a required six years of education and training to obtain a license.”

I’ve employed quite a few people during my tenure as an entrepreneur. I’ve had my share of failures and successes… because I was free to experience BOTH.

Licensure regulations are one of many barriers to entry for low-paying jobs and budding entrepreneurs. Remember that licensure isn’t the catch-all phrase for all regulations surrounding a profession. It’s only the permission slip people pay for to practice a given profession. There are actual regulations on the books pertaining to the practice of that profession. There is nothing about licensure that inherently keeps people safe from malpractice. If there were, then America wouldn’t have enough fodder for its daytime court shows.

Look at licensure for manicurists. This became an occupation of choice for many Vietnamese women. These women started off in refugee camps in Northern California having lost nearly everything during the war. They were in a foreign country, barely had a command of the language, and no idea what was next for them.

Former American actress and model, Tippi Hedren, tried to introduce various trades to them, in hopes of making them employable. It was her nails that got all the attention though. So, she brought in nail technicians to teach them how to properly manicure. Now the industry is dominated by Vietnamese and Americans of Vietnamese decent. Poor immigrants turned entrepreneurs, and industry leaders in a matter of a few decades, all by introduction of a simple trade.

They also brought down the cost of manicures by about 20-30% so that such pampering no longer was something reserved for rich movie stars. Giving the average woman affordable access to such a service was a boon for all parties involved!

If you go into Appendix 1 of the Archbridge Institute’s study, you’ll see a state-by-state account of all the licenses that were added in that approximate 20-year period from 1993 to 2012: manicurist stands out as being present in many states. Establishment nail care industry folks didn’t take too kindly to their Vietnamese competition, I guess.

Licensure targets low-income occupations and industries. The greatest growth in licensure has been in low-income sectors like manicurists, upholsterers, and shampooers.

One example of the negative ripple effects of licensure laws provided by the study include that of massage therapists.

These licensing requirements are tampering with supply and demand in an detrimental way. Whereas the influx of Vietnamese manicurists brought costs down, the financial deterrent of licensure reduces the supply of tradesmen, leading to higher costs for these services.

Worse still, since licensing poses a financial disincentive to pursue its respective occupations, what also ends up happening is oversaturation in unlicensed fields, and underserviced licensed fields.

This is where I second guess myself a bit, because even the Federal Trade Commission agrees with me!

“In many situations, the expansion of occupational licensing threatens economic liberty. Unnecessary licensing restrictions erect significant barriers and impose costs that cause real harm to American workers, employers, consumers, and our economy as a whole, with no measurable benefits to consumers or society. These restrictions can:

Licensure isn’t the only thing that keeps the little guy down. Minimum wage has the exact same effect. The unskilled worker is often the poorest in any industry, and they are the first to be cut and the least likely to be hired as the minimum wage creeps up. They can’t compete.

We all feel the hurt from this, too. Consumers pay more while receiving nothing better or more for their money. Employers miss out on potentially talented individuals. And, of course, many individuals are left to struggle rather than succeed.

It’s not capitalism that is keeping the poor from enjoying upward mobility. This is populist government policy burdening the economy with needless controls like “pay to play” licensure laws. So the next time you hear someone blame the rich or capitalism for poverty, remember who put those weights on their ankles while trotting them out as political props for reelection.