The COVID-19 Panopticon Could Be Permanent

The COVID-19 Panopticon Could Be Permanent

Letting no crisis go to waste, COVID-19 is being used as a Trojan Horse for all sorts of invasive policies, trampling your privacy in the name of safety. 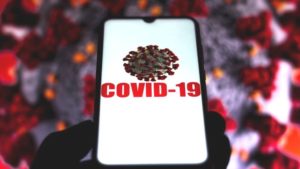 The COVID-19 virus isn’t just a pandemic in the viral sense, it has also created a privacy pandemic.

In fact, the U.S. could be on the verge of creating a dangerous panopticon that could transform the way Americans live forever, and not in a good way.

A panopticon is a system built with the idea of controlling a population of people by watching and micro-managing everything they do on a daily basis.

The idea was originally thought up by Jeremy Bentham in the 1800s, and further refined by Michel Foucault in the 1960s.

A piece on Forbes sums up this insidious situation:

From a technological perspective, the coronavirus pandemic is one massive testbed for surveillance capitalism. More specifically, it’s a testbed for new, much more large-scale forms of surveillance.

Following examples from Germany, Japan, China, and Italy among other countries: “…governments in the UK and the US are very close to rolling out similar surveillance measures, all in the effort to ensure that policies of mass behavior modification are successful.”

The “measures” include mandatory smartphone tracking programs that locate and record individual activity to ensure compliance with COVID-19  “lock down” measures.

And that’s just a start.

“We could so easily end up in a situation where we empower local, state or federal government to take measures in response to this pandemic that fundamentally changes the scope of American civil rights,” said Albert Fox Cahn of the Surveillance Technology Oversight Project.

Imagine a scenario where every person was tracked by this mandatory smart phone app, and that this surveillance allowed Governments to determine where gatherings were taking place.

Authorities and law enforcement could use that information to break up protests, information sharing, and to exert control over any people determined to be “dissidents.”

Add to that data collected from Facebook, Google, and Twitter — and a full dossier could be assembled on you in minutes, even if you did nothing wrong.

But that’s not the only problem with giving companies like Facebook more of a “partnership” role in this new panopticon.

Under the almost evil disguise of “keeping people safe” and controlling data for “the good” of the public, Facebook is being featured as a prominent partner in the takeover of your private life.

That isn’t a good thing, even if you only consider Facebook’s horrible track record when it comes to keeping your privacy safe.

According to the Electronic Frontier Foundation, Facebook is trying to trick their users into allowing them to keep their data even after they’ve “deleted” their account. But if you just delete your account, they still will retain your data and make it accessible to their commercial clients.

When a company like Facebook gets to act like it has governmental powers, that is a nightmare scenario, and they are dangerously close to that status.

In fact, keeping the size of Facebook is important to Mark Zuckerberg. According to Forbes “last year, Zuckerberg told French TV that Facebook’s size helps it to monitor and police content better than any smaller rival.”

So maybe your only remedy is to make it harder for them to track you and get access to your most sensitive data in the first place.

How to Stay Out of Public Databases

There are public databases that track your exact location, eating habits, spending habits, your income, your online habits, and many other parts of your private life.

P.S. The rising prominence of companies like Facebook working together with Governments could make your privacy all but disappear. So you need to read my report before it’s too late…

While many countries are pausing any passport, residency, and citizenship […]