The Crypto Economy Has Arrived & Not a Minute Too Soon

The Crypto Economy Has Arrived & Not a Minute Too Soon

Cryptocurrency has been around for about a decade, but it’s becoming normalized and its application more commonplace and streamlined. 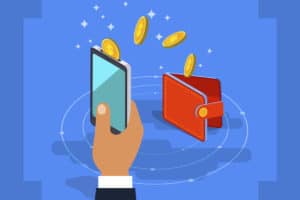 It used to be, bartering was the only form of economic transaction.  You have cows, I have tomatoes.  We determine a quantity of cows that equal the value of a certain quantity of tomatoes and voila: a trade is made.

Fast forward a few thousand years and humans settled on various forms of currency.  In some parts of the world, sea shells were used.

Locals decided these sea shells represented a certain value per shell and thus merchants began pricing their wares in quantities of sea shells.

Somewhere around 1000 BC, humans decided to standardize on various metals for use as money.  At that time it was primarily bronze and copper and later switched to gold and silver.

Even today we still use metal coins as money and many consider gold and silver to be the only true form of money in existence.

Around 800 AD, the Chinese got tired of lugging around so much copper that they created merchant notes that were redeemable for a fixed amount of coin.

As you can imagine, that was really easy to forge and the value of China’s paper notes eventually inflated themselves into oblivion.

It took a few hundred years, but paper notes in China became so worthless they had to return to a metal coinage for money.

In the 19th century, England created the first gold standard and people finally felt secure in the monetary system.  The Bank of England even adopted a non-inflationary banknote directly tied to the amount of gold in England’s vaults.

Around the turn of the 20th century, Americans followed suit with a gold standard and non-inflationary banknote.

Of course in 1933 President Roosevelt forced all Americans to sell their gold back to the government for $20 per ounce and made private ownership of gold illegal.

A few months later, gold was re-valued to about $33 per ounce to bolster the gold standard monetary policy.

The last nail in the coffin came in 1971 when Nixon decided to default on France’s demand for their gold and take the US dollar off of any semblance of a hard money backing.

Why the history lesson of money you may ask?

Money has evolved over the years.

And we are fortunate enough to be living in the era of the latest evolution from fiat money to cryptocurrency.

Money is defined by 3 main traits:

Every time there was a change from one type of money to another, there was always a transitional period and it is usually tumultuous.

There can be a lot of volatility.

There are governments and centralized authorities which fight against any change that potentially negates their power and control over the people.

There are laws made to fight against the change.

But once that bell is rung, it can’t be unrung.

Cryptocurrency is part of the evolution of money.

Keep in mind, the first bitcoin was mined just over 10 years ago.  Look at the progress in the cryptocurrency and blockchain industry in just 10 short years.

It is a medium of exchange.  You can send or receive payments in seconds or minutes depending on which cryptocurrency you are using.  You don’t need to sign a mountain of paperwork to open your account, verify your identity, or even justify your payment.

You can easily enter someone’s public address in your wallet as a “pay to” address and press send.  Super simple.

As more people adopt and use cryptocurrency for daily transactions, volatility will fall.

Cryptocurrency excels as a unit of account.  The blockchain is an immutable record of all transactions and cannot be hacked or invalidated.

I’m sure there are many gold bugs reading this who vehemently disagree and hold fast to the idea that gold and silver are still the only true form of money.

The problem is, precious metals have lost their ability to perform the primary function of money – a medium of exchange.

The economy today is global and digital.

We have suppliers and customers from around the world.  We have employees, contractors and freelancers working from all corners of the globe.

The recent crisis with COVID-19 will push more companies to allow for a remote workforce and freelancing will grow exponentially over the next few years.

How do you plan to pay your suppliers?  Freelancers?  Employees?

How do you plan to get paid?

I don’t imagine Fedex’ing a few grams or ounces of gold around the world will work too well in an economy that needs immediate action.

Gold and silver will remain a nice trinket to have as well as a reasonable store of value, but it will never be a medium of exchange again.

The recent actions of the Federal Reserve with several trillion of freshly printed cash is a clear, and very timely, sign that fiat currency has outlived its usefulness.

When a centralized authority has control over the money supply, clearly they will never have sound fiscal policies.  The money printing machine in the basement is just too tempting to bother with fiscal responsibility.

My prediction is that a traditional bank account will be a novelty in about 10 years.  Considering the rate of cryptocurrency adoption, that may even be a bit optimistic.

I entreat each of you reading this to educate yourself on cryptocurrency.  Open a wallet.  Buy some bitcoin or other cryptocurrency project you find interesting.  Play around with it.  Get comfortable.  Maybe even start letting your customers and clients pay you in cryptocurrency.

I recommend the Crypto.com platform.  It is a pretty unique project that allows you to stake various cryptocurrency on the platform.  Here are a few of the features I thought make it worthwhile:

I mentioned earlier, one of the down sides right now with cryptocurrency is volatility due to slow adoption by users and slow integration into the day to day marketplace.  A lot of this is due to ease of use, or lack thereof, for those who are not so tech savvy.  Much like bartering livestock, for many this is still cumbersome.

Crypto.com addresses this and simplifies cryptocurrency use for daily transactions.  This trend of improvement will only continue.

If you want to get $50 of free cryptocurrency, use the following link:

(Disclaimer: Yes, we also get a bonus when you sign up using our link, but using a referral link is the only way YOU get $50 in crypto, so it’s a win-win.)

The referral code should automatically populate on the sign-up page, but if not, you can copy/paste this:  68htf9zdq5

Once you enter the code and your email address, you will get instructions for downloading the app and creating your account.  Your account will automatically be credited with $50 of their coin, MCO.

You can easily send it to an exchange and convert it to fiat and get the $50 in fiat if you choose.  It’s a quick way to get $50 for nothing.

But I would seriously encourage you to use this as an opportunity to play around with cryptocurrency and get your feet wet, if you haven’t already.  If you are involved with crypto, then collect your free $50 worth of MCO and play around with their platform to start earning 2% – 18% annual returns on your coin.

The Immortality of the Patriot Act

Like a bad case of herpes, the Patriot Act is […]