The Danger of Physical Cash Being Replaced By CBDC

The Danger of Physical Cash Being Replaced By CBDC

There are risks in central banks eliminating physical cash in favor of a digital currency.  Your wealth is on a government controlled switch. 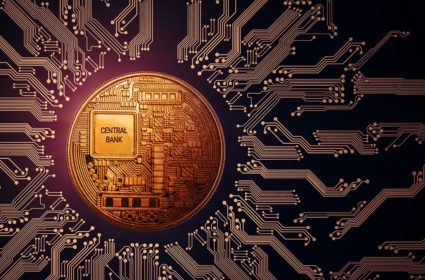 You might think that after two years of ineffective measures the political elite and experts said would “keep you safe” from a virus, things might return to normal.

You thought wrong. Things appear like they are about to get much worse if you live in the United States, especially in California. How?

A boatload of the most freakishly authoritarian policies that amount to “madness,” ushered in by the Government’s response to a virus with a 99.5% survival rate.

In Sacramento, State officials have “gone stark raving mad” according to a recent ZeroHedge piece. That might have sounded hyperbolic in 2019, but this year it seems like the description might be accurate. Here’s why…

These officials propose forced vaccination for all employees and independent contractors working in California, while tracking the immunization status of private citizens. But that isn’t even the worst of their “madness.”

For example, AB2098, which proposes to classify medical opinion determined to be “misinformation” or “disinformation” as unprofessional conduct that is subject to discipline. The question any reasonable person would ask is:

“Who gets to determine what is or isn’t ‘misinformation’?”

In the early 20th century, Russian government officials like Trofim Lysenko forced the starvation of thousands of kulak peasant farmers by determining that his brand of “information” (called Lysenkoism) was the only “correct” one.

Scientists who spread any “misinformation” during that time were executed.

Does that mean California public health officials are heading down the same path as Lysenko did? Let’s hope not. I do wonder, why would citizens in that state even want to start walking down that path? I sure hope they don’t.

But it sure seems like the entirety of the U.S. political elite might follow China’s lead down a similar path. How? The U.S. is seriously considering a CCP-like digital dollar controlled by the central bank (known in financial circles as a CBDC).

Which brings us to how your free speech in any U.S. state might soon be turned on and off like a light switch…

To keep this message short, let me ask you a question…

What if you said something that the California State Government classified as “misinformation,” and they shut off your income?

It already happens in CCP-controlled China. Over there, any financial or public habits the Government deems as “bad” result in stiff penalties against a citizen’s “score.”

Light up a smoke in a smoke-free zone? Deduction. Spend too frivolously by the Government’s definition? Deduction. Got too low of a score? You won’t be able to travel, or your digital income could be shut off.

And that could happen in the U.S. if the Federal Reserve decides to move forward with its own version of a CBDC (some have called it “FedCoin”).

It starts with authoritarians like Richard Pan in California, who wants to act like a nanny to keep you safe from what he deems as “misinformation.” He wants to treat any offending free speech like libel and slander, and jail the offenders.

Does that sound like a United States you want to live in? If not, it’s time to get your digital “go bag” ready.

Today, it’s more important than ever to keep yourself mobile, so you can escape if a “CCP-type” monetary apparatus like a CBDC was used to limit freedom in your locale.

I’ve been living the life of a “digital nomad” since 2001. During that time, I’ve learned dozens of extremely valuable lessons about how to keep your options open and maximize your freedom.

P.S. U.S. citizens are living in strange times when the political elite are turning to CCP-like policies to run the country. So I’m going to offer you a way out…

To help you continue to live freely and keep your money safe, I invite you to become a member and learn strategies for keeping your options (and exits) open…

The West and Its Allies Are Losing Ground

Like a global reality show, with winners, losers, alliances, and […]