The Google “Backdoor” Into Your Smartphone Data

The Google “Backdoor” Into Your Smartphone Data

Google is becoming a data juggernaut by tracking app usage to keep a competitive edge over other apps in the space. 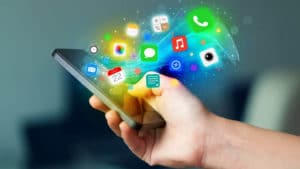 Just when you think your smartphone data might be safe from Google’s snoops, they come up with another “Hold my beer” moment.

And in this case, thanks to a little known “backdoor,” Android users get ambushed to help Google deepen its monopoly over your life. Without your consent.

Google for several years has collected app-usage data collected from Android phones to develop and advance its own competing apps, a new report alleges.

The project, called Android Lockbox, “collects sensitive Android user data” for use within Google and has been in effect since at least 2013

So for the last seven years or so, Google has been leveraging the data on Android phones to make its “info-monopoly” on people’s lives even stronger.

For example, say you try to make an app that is helpful to Android users.

According to this information, if Google thought that app would encroach on its profitability, it could “peek” into Android phone data and get information so it could crush your app in the competitive marketplace.

But you won’t get that same advantage as an app-maker. For example, “Data has been used to monitor usage on Gmail’s competitors,” according to The Verge.

Set aside the obvious competitive issues for a moment (that Google conveniently denies). There are also privacy implications behind the automatic assumption that Google can just peek at your activity and use data any way it sees fit.

All just because you use your phone.

So you become a digital “lab rat” all for the (paid) privilege of using technology that you bought in a store. Then a huge company like Google (bordering on monopoly) gets to use the results of their “privacy experiment” on you to snuff out competition in the free market.

They get to have their cake and eat it too, by violating your privacy AND strong-arming any competition. All without your knowledge.

So how does the “little person” fight back?

While you can’t stop Google from peeking at the data inside the Android Lockbox (for the time being), there are a few things you can do to protect your privacy.

By opting out of ad personalization, you (at least partially) keep Google from collecting data about your browsing and buying habits.

When you use a VPN, you can (at least mostly) reduce your visibility to Google’s snoops according to Gadget Hacks:

Most VPN services add another layer of security by encrypting all of your data traffic. Encryption is similar to a virtual safe that hides your data from prying eyes.

But the best solution is to stop using any Google products, and uninstall every Google app from your phone. This includes leaving the Android OS, unfortunately.

This is easier said than done, because Google has already gotten millions of people with its “bait and switch.”

By offering valuable free services in the late 90s through the first decade of the 2000s, then switching to a “collect all data” philosophy, Google has effectively put down roots in most facets of digital society.

This includes the private lives of its users. Even worse, it gets away with its practices under the trojan horse of “Privacy and TOS updates.”

And there are other parts of your private life that need guarding from the snoops at Facebook, Amazon, and other companies, too…

Your entire private life is on the chopping block!

Internet data can be used to track your exact location, eating habits, spending habits, your income, your online surfing habits, and many other parts of your private life.

P.S. You’re running out of time if you don’t take extra steps to guard your private life. You need to read my report now…

Inside you’ll discover how to easily go completely “off the grid,” without having to move out to a cabin in Montana. In fact, you won’t even have to leave your couch.

Is This the Rise of the Digital Nomad?

Protracted lock downs are making our old way off life […]