The IRS Versus Tax Loopholes

The IRS Versus Tax Loopholes

The IRS will stop at nothing to capture a few more bucks in revenue.  They seek the cooperation of foreign banks, and even crossed the Constitutional line. 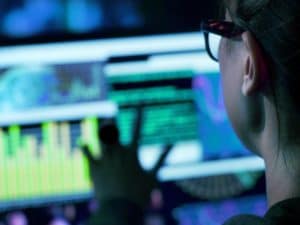 Taxation is theft. The U.S. was founded in part as a resistance to taxation. And for about 100 years, that resistance was pretty effective.

Then, in 1862 an idea turned into what is known as the Internal Revenue Service (IRS), which was officially named in 1918.

Americans have been paying the price with their money and liberties ever since.

In my previous message on tax loopholes, I laughed as lawmakers from both sides of the aisle struggled to understand why Trump pays so little in taxes.

That’s because I think every single person should keep as much of their income as possible.

I also think every person has the right to leverage every single legal tax loophole offered around the world. You might think of it as a form of “legal tax evasion.”

My message today is going to focus on three distinct ways the IRS is trying to make sure you pay dearly for exploring those legal loopholes.

They’re listed below, followed by how each one snuffs out the liberties (and income) of U.S. citizens:

There was a time when you could move money around (legally) in various foreign accounts, so you could pay less taxes.

The IRS has gotten more diligent in their efforts to locate these funds and label them as taxable income so they could rob you of your hard-earned money. They do this through the first two of the three items on the list above.

Of course, they claim to be hunting down criminals and money laundering operations. But they also leverage these “legal” powers to hunt down offshore income from savvy people just like you.

And the bad news is, more and more foreign countries are “opening their books” to the grubby paws of the IRS

According to Dallo Law Group: “Since the FATCA has come to be, some 80+ countries have joined the agreement to become more transparent and open their books up for investigation.”

With penalties of up to $50,000 or a possible “understatement penalty” of 40%, it can seem like your income is “up for grabs” to the U.S. Government if you don’t comply.

But you can keep your money safe, and I can offer you a legal “way out” in just a second. Before we get to that, you should know something else about the IRS…

Treasury Inspector General for Tax Administration J. Russel George is looking into the IRS use of a commercial database containing millions of U.S. cell phone locations, without a warrant.

If the I.G. concludes the IRS was in the wrong, that is a direct violation of every American’s 4th Amendment right that protects against illegal search and seizure.

That’s because phone location information is protected under the 4th. But the IRS doesn’t seem to care about the founding document.

In fact, they think they can provide Inspector George a legal argument that explains why they don’t even have to consider the landmark SCOTUS ruling in Carpenter vs. the U.S.

This should be good, so get your popcorn ready.

Until then, here is the bit of good news I promised earlier…

Keeping Your Money Overseas (And Out of IRS Hands)

is Still an Option…

You can still leverage the powerful tax avoidance loopholes of offshore banking and brokerage. And you can do it 100% legally “off the radar.”

Here’s how to get the information you need…

P.S. Don’t wait for the IRS to get creative and close their loopholes. Become a GWP Insiders member today and learn the secrets for getting a second passport, leveraging offshore banking, and growing your wealth outside of the U.S. before it’s too late…

If Biden wins the presidential election, taxes will go up […]