The Wealthiest Americans Have a Tax Lesson for You

The Wealthiest Americans Have a Tax Lesson for You

What’s called loopholes in the tax code are really just a series of rules the wealthiest Americans follow to the letter. 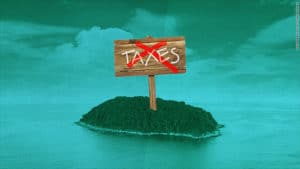 Mainstream outlet ProPublica recently walked into an ethical gray area to get its hands on a trove of tax records for the wealthiest Americans.

I’m willing to bet you can figure out what their “top-notch” journalism revealed, but in case you haven’t read one of these stories yet…

GASP! The wealthiest people in the U.S. have structured their lives and businesses so they pay minimal taxes. And, in some cases, almost no taxes at all!

I know you’re putting on your “shocked” face right now, but hold on to your seat because the article gets even better. They also revealed some of the philosophy that the billionaire class uses to pay so little in taxes:

America’s billionaires avail themselves of tax-avoidance strategies beyond the reach of ordinary people. Their wealth derives from the skyrocketing value of their assets, like stock and property. Those gains are not defined by the U.S. laws as taxable income unless and until the billionaires sell.

ProPublica also discovered through their “ace” reporting that the top 25 wealthiest Americans paid a total of $13.6 billion on $401 billion in increased wealth from 2014 to 2018. Then they pointed out the obvious…

Unfortunately, ProPublica isn’t interested in helping people to become wealthy or save on taxes. They’re much more interested in making middle class people angry at wealthy people. They want the middle class to demand tax reform so the wealthy “pay their fair share.”

Never mind that wealthy people actually do pay billions in taxes. And in most cases  they are already paying all the taxes they owe under the law.

You see, almost all rallying cries to tax the rich end up backfiring. The billionaires adapt… while the lower and middle classes ultimately pay the price.

In fact, at this very moment Senator Elizabeth Warren is trying to set a dangerous precedent…

In new proposed legislation reported on by ThinkAdvisor:

“Sen. Elizabeth Warren wants banks and other financial institutions to send customer account balance reports to the IRS. […] The bill will include the new third-party account balance reporting section along with sections that would increase funding for IRS enforcement efforts, Warren said.”

This basically means the U.S. Government wants third parties to do its dirty work by snooping around for income sources that don’t typically get reported to the IRS.

Sounds a little bit like mafia tactics to me. But if these lawmakers succeed in their efforts, you can bet that every dollar you earn will be put under a microscope, too.

Middle class people may think they have nothing to hide… but billionaires have VERY good accountants and tax advisors while the lower and middle classes don’t. So who’s most likely to get caught here? Hint: Not billionaires.

That’s Why You NEED a Blueprint to “Sidestep” the IRS!

During that time, I’ve also learned dozens of valuable lessons about how to maintain my independence free from the IRS, “ethically challenged” Government officials, and public runs on banks.

P.S. The IRS and mainstream media are locking arms to close more tax loopholes as we speak, so you need to move fast. Here’s your next step…

Why the Hesitation to Embrace Remote Work?

Despite proving remote work was a productive alternative to in-office […]