Time to Get Out of the Way of Small Business!

Time to Get Out of the Way of Small Business!

Small business is the backbone of the US economy. Time to stop blaming the competition and innovation they bring to the market place. 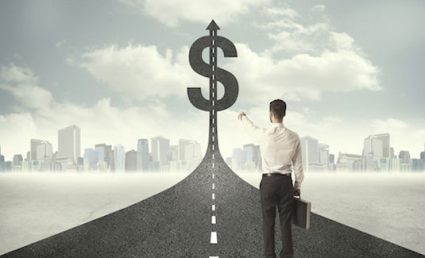 The economic problems we have today fall squarely on the shoulders of regulators and policy makers. It’s time to stop blaming small business and competition and start embracing the mechanisms of the free market that have us moving forward despite the government.

No matter where I go, I hear and see people complaining about real healthy market forces, and demanding unhealthy market regulations and manipulations as a solution.

Let me be perfectly clear: What America has right now is NOT free market capitalism. It’s important to know this because usually the biggest arguments against capitalism find their roots in what is perceived as such in our current landscape.

There is a LOT of entrepreneurial spirit out there! It remains the title holder for economic progress, improved standards of living, and even survival. We discussed before the $6 TRILLION shadow economy known as System D. 100% Entrepreneurial. But even that gets a bad rap. It’s assumed that it’s a bunch of druggies, gun runners, human traffickers, and mercenaries. No, no, no! That’s the government you’re thinking of. I’m talking about business people who sell food from their kitchens and farms, phone cards, cleaning and nanny services.

In the US, there are some fantastic opportunities for people who need flexible hours and want to make money. I’m sure you’ve heard of operations like Avon, Mary Kay, Party Lite, Pampered Chef, Origami Owl, Scentsy, Jamberry, and Tupperware? There are countless others that have people around the country selling products out of their homes and the homes of guests hosting parties. Ebay and Etsy have been a boon for people who have a certain craft or trade and want to sell their wares.

The sharing community has people using their own personal vehicles to taxi them around and people letting out their homes as alternatives to hotels.   There are sites that encourage everything from helping small businesses get their start to barter sites that connect people who have what each other wants/needs.

Business models are moving away from the strict brick and mortar way, and going toward either impersonal online commerce or very personal in-home consultations. And this has the establishment up in serious arms.

Hoteliers are smearing Airbnb and Couchsurfing.

Restaurant owners are fear mongering about the trailer and cart vendors.

On the one hand we tell people to pull themselves up by the boot straps, but then on the other we call for regulations that make that entirely impossible. Sadly, many of these regulations are entirely based on fallacious claims.

I’ve been following Airbnb for a bit, because their fight is on-going. As you might already know, the biggest claim against them is that they are totally destroying the housing industry. Therefore, there should be more regulations and taxes on these hosts. There should be caps on how many nights they can let out to others. The owner should have to live on the premises while the guests are there. There should be fines! Basically, let’s impose a bunch of stuff on them to price them out of competition.

That’s the premise. That’s not the truth, however.

An expert panel at Zillow looked into the matter. The truth is, home sharing has little to no impact on housing affordability.

“The growing presence of short-term room and home rental services like Airbnb and HomeAway are not impacting the overall supply or affordability of rental housing in a meaningful and large way, according to experts, though some smaller effects may be felt in certain markets or segments.”

Not that I’m for taxation, but within the scope of the existing state, Airbnb is responsible for generating a good amount of tax revenues, which in turn have or could be used to help those in need of affordable housing:

“Established partnerships to collect and remit hotel and other taxes in more than 200 jurisdictions, remitting $110 million in taxes to date. Beyond helping to support critical services, communities are starting to use this new revenue to fund affordable housing, aid for the homeless, and destination-promotion programs.”

A business model that has been around for eight years isn’t responsible for the damage done by antiquated zoning laws. Airbnb has helped people pay for their kids’ educations, afford their own mortgages during hard times, save up for their own vacations. It’s made people more financially independent, and ultimately a greater contributor to economic stability than the government has.

In the same way that ride-sharing has helped a lot of struggling people stay on their feet, it doesn’t require a tremendous amount of skill or overhead. The time commitment is incredibly flexible.

If you just do a simple google search for the following: “cracking down on cart vendors”, you’ll see the industry cronyism in various cities around the US. Of course ominous words like “illegal” are laced in there to get your fear engine fired up. But really, it’s just restaurants throwing snit-fits asking that smaller vendors who found a more economical way to sell food be held to some ridiculous standard.

Remember the “Fairness Tax”? The one where the brick and mortar shops threw a fit because online vendors weren’t being asked to collect sales tax, thus giving them a greater price advantage. Rather than abandoning the sales tax to make it fair for all, they imposed the tax on online sales.

You’ve heard the call for government to start taxing churches. I don’t need to be religious to know that the fair thing to do is not tax more entities, but remove the tax obligations from everyone else who isn’t a 501-C.

There’s even a guy willing to blame people who save their money on the economic woes of the world! Yes. “Savers are Slowly Choking off the Life of the Global Economy”. According the Phillip Inman savers, investors, and people who try to avoid paying taxes are why there’s so much economic instability. I’m surprised the Guardian published this. But basically having a monetary ethic and some modicum of respect for private property is enough to bring down full civilizations? It couldn’t be outrageous spending of governments and irresponsible investments on THEIR part?

For as much as people LOVE to complain about “capitalism” as it is portrayed through the political lens of the USA, that’s not even remotely what capitalism is.

Capitalism isn’t about using the government to keep competition down. It’s about stepping up your game when the competition shows up. It’s not about vilifying a work ethic; it’s about grabbing on to that ethic and honing in on the principles of economics, business, and the values of your company. Maybe that won’t be enough? Maybe the competition kept you in check?

In the words of Walter Williams, “Prior to capitalism, the way people amassed great wealth was by looting, plundering and enslaving their fellow man. Capitalism made it possible to become wealthy by serving your fellow man.”

I’m pro-business. I’m pro-responsible business. I’m pro-free market. I want the newer better ideas to get out there. I want to pay less for equal or better quality! I want a faster, more efficient way to get things done. I want these things both as a consumer as well as a business owner myself.

Most of all, what I really want for everyone is success and prosperity. Here’s to new ideas and better business! Happy New Year, everyone.