Buried in the COVID “Relief” bill is a ton of pork-barrel spending, and a few unrelated add-ons that take direct aim at your liberties. 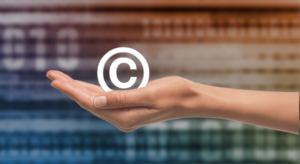 It’s a common move by lawmakers to draft a bill that seems like it will help people during a crisis, only to stuff that bill with “pork” from special interests and lobbyists.

This happens in the U.S. quite frequently, and it’s a practice that Americans should protest furiously.

The most recent COVID relief package is a perfect example of creating a “trojan horse” to steal more of your liberties. Taken at face value, it seems good, offering a payment somewhere between $600 to $2000 per person once it’s (finally) approved.

But once this “deal with the devil” is signed into law, it comes with a heavy price to pay in the form of stiff penalties and a potentially long prison term for what it calls “illegal streaming.”

Measures previously seen in the CASE Act, the Trademark Modernization Act and the Felony Streaming Act now form part of the bill. These include fines of up to $30,000 and up to ten years in prison for commercial operators who ‘willfully, and for purposes of commercial advantage or private financial gain, offer or provide to the public a digital transmission service’ of pirated material.

If you trust the U.S. Government to not abuse its powers, you might be able to make a case that people who “steal” a digital file and make money off of someone else’s work might be punished under the law.

But TEN years in prison? And a $30,000 fine? For a debatable crime where no physical harm is done? Those types of punishments are usually reserved for much harsher crimes.

Unless you’re the U.S. Government, that is…

If you think a Government official won’t lie to, manipulate, or pressure someone just to “get a win” during a questionable case…

Then you didn’t hear James Clapper lie to Congress about NSA spying, or James Comey “bend the truth” during his investigations.

Look, you can debate whether going to Pirate Bay and downloading your favorite movie is a crime, morally ethical, or justified at all.

But the U.S. Government just appeased the Entertainment Industry by stuffing this “pork” inside a completely unrelated bit of legislation.

All so you could be put in prison longer, or pay dearly, if you stream a movie illegally.

On top of that, the law could be abused according to the same Forbes piece: “[…] there’s criticism of the claims tribunal as being potentially unaccountable, and fears that ‘fair use’ provisions will be ignored.”

All from a 5,000 page bill that had NOTHING to do with copyright, and no one had time to read before “signing a deal with the devil.”

So if you live in the U.S., you have to ask yourself: “If they are willing to stuff this inside unrelated legislation, what else have they done?”

You know they’ve done “something.” So you need to be prepared for that.

As you probably know, I’ve been living the life of a “digital nomad” since 2001.

During that time, I’ve learned dozens of extremely valuable lessons about how to keep my money out of the hands of Government officials, snoops, and other nosy people.

I’ve also learned the secrets to reducing or eliminating your tax obligation while maximizing your freedom.

P.S. Politicians do their best to sneak all kinds of strange laws inside of spending bills… laws that restrict freedom and penalize ordinary people. One day they may finally pass a law that’s so ridiculous, you’ll want to leave the U.S. for good.

Become a GWP Insiders member today to discover how to become a digital nomad, along with many more secrets to secure your future no matter what happens.…

Digital Nomads: Where to Next?

Digital nomads have a growing number of options before them […]