Why You Need a “Global Escape Hatch” (Now)

Why You Need a “Global Escape Hatch” (Now)

As the controlling vice of government control tightens in the US, it’s more important than ever have an exit plan or a “Global Escape Hatch” to stay as free as possible. 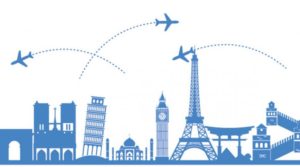 Now that Democrats control the federal government (and a lot of heavily populated states), America’s dystopian future is accelerating.

Unemployment is still soaring (thanks to panicked politicians), and food prices are forming a dangerous bubble. Even the possibility for a new U.S. civil war exists.

As bad as those things are, there is actually a more immediate threat to your liberty…

For example, talk is heating up about the possibility of “vaccine passports” being required for travel inside the United States. That means you’d need to show proof of having received a COVID-19 vaccination just to fly from Denver to Phoenix or Chicago to Orlando.

The fact that this is being seriously discussed is highly disturbing. Not only are vaccine passports a gross violation of basic human rights, but it’s a small step from vaccine passports to mandatory vaccinations in one form or another.

And about that statist idea of forcing people to get vaccinated…

Proponents of mandatory vaccines like to refer to a 1905 case law to argue that “You have no choice!” But referencing this case is problematic because the same law was used to justify eugenics in 1927 and forced sterilization of females in the 1930s.

The issue here is whether we have control over our own bodies. If not, mandatory vaccination could quickly lead to euthanization of the elderly and infirm.

Along the same lines, New York lawmakers have proposed the creation of “COVID Concentration Camps” to detain people who are deemed a potential health risk.

Believe it or not, Canada has already implemented a similar detention plan, although people are being detained in a “COVID hotel” instead of a camp — not that that makes it any better.

I would like to think that the U.S. is still the “Land of the Free and Home of the Brave,” but boots-on-the-ground reality seems to indicate the ideals of freedom and bravery have been mostly wiped out in the U.S.

While the desolate landscape in the movie Blade Runner 2049 hasn’t taken over the U.S. (yet), some of the technological foundation is being laid for a technocracy.

A “technocracy” in the U.S. establishes an elite Governmental and Corporate class that work together to rule over every facet of your life through science and technology.

Could this be happening right now? Yes, absolutely. The first step toward implementing this technocracy is to monitor your private speech, social media, and health data (including “vaccine passports”).

Of course, once “Big Brother” gains access to your private data and speech, they will be able to exercise stricter management of your entire life. Their coordinated surveillance will then be used to determine what you are allowed (or not allowed) to do.

Sound impossible? It’s not. Just look at China’s “social credit” system, how they regulate the Internet, and how they treat people who speak out against the Government.

That’s potentially where the U.S. is headed in the near-term. All of which could be a launching point for overt socialism or some other 20th century horror show.

The botom line: Now more than ever, you need to be prepared to “get out” before Big Brother won’t let you go anywhere.

How You Can Escape Anywhere… FAST

P.S. You can count on power-hungry technocrats to find new ways to “box you in” so they can control and run your life. So you need a “global escape hatch,” before it’s too late…

More businesses are saying they won't return to an office […]