You Thought the 4th Amendment Protected You…

You Thought the 4th Amendment Protected You…

The 4th Amendment is eroding, with full political support, in an effort to disarm Americans by clearing the path of any due process that could stand in the way. 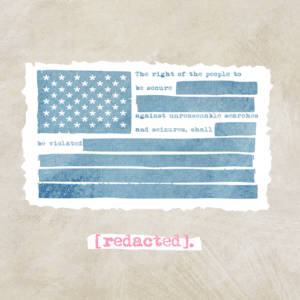 For U.S. citizens, what I’m about to share about Biden might make you think: “When they tell you who they are, believe them.”

The U.S. Constitution’s second and fourth amendments, when combined with the first, form a big part of the foundation for a free society.

The second amendment states: “A well regulated Militia, being necessary to the security of a free State, the right of the people to keep and bear Arms shall not be infringed.”

The fourth amendment states: “The right of the people to be secure in their persons, houses, papers, and effects, against unreasonable searches and seizures, shall not be violated, and no Warrants shall issue, but upon probable cause, supported by Oath or affirmation, and particularly describing the place to be searched, and the persons or things to be seized.”

These amendments have survived for 229 years, but now Biden is urging the United States Supreme Court to throw both of these amendments in the trash, based on what appears to be a loosely formed idea of protecting someone from hurting themselves or others.

While this may sound like it won’t go anywhere, the event that led to the SCOTUS case also included both a warrantless search and confiscation of a citizen’s weapon. Exactly the type of thing the second and fourth amendments were guarding against.

The case was described on SCOTUSBlog: “Stems from a 2015 incident in Cranston, Rhode Island, in which police performed a ‘wellness check’ on Edward Caniglia after his wife reported that he might be suicidal. After arranging for Caniglia to be taken for a psychiatric evaluation, officers entered his home and confiscated his two handguns.”

But according to the brief itself, the officers didn’t even ask Caniglia about his mental wellness, the risk that he might kill himself, or about past misuse of a firearm. In fact, he had no criminal record and one officer admitted to not checking with any medical professionals at all.

A piece on Forbes put a bright spotlight on the shady behavior on the part of the officers, namely how they appeared to lie in order to seize Caniglia’s weapons:

“[…] police then told Kim that Edward had consented to the confiscation. Believing the seizures were approved by her husband, Kim led the officers to the two handguns the couple owned, which were promptly seized.”

Caniglia never granted permission for his guns to be taken, which is why this is a controversial case. The officer’s side of the argument now rests on a “community caretaking” exception to the 4th amendment (which is extremely limited).

That exception normally only allows for warrantless entry if the purpose doesn’t involve an investigation or if the police aren’t gathering evidence.

This case has already been ruled on in the lower courts, and now the future of the 4th amendment rests in the hands of SCOTUS.

“Crack in the Dam” Could Unleash a Flood of Warrantless Searches

If SCOTUS ends up siding with the officers and Biden (at his urging), then everything you know about the U.S. Constitution could be changed forever.

When a dam forms a crack, only a little bit of water gets through. That is how you can picture the Constitution right now.

If things go Biden’s way, that dam will break, and a flood of warrantless searches will likely be the result. Law enforcement officials don’t always tell the entire truth, and sometimes fudge little details to achieve the outcomes they want.

Just imagine how much more power LEOs will have if they’re armed with this case precedent. If President Biden urged the police to go on a gun confiscation spree in the name of “community safety,” they’d have power never before seen in the United States…

The power to enter your home without a warrant and the power to seize firearms.

During that time, I’ve also learned dozens of valuable lessons about how to maintain my independence free from Government tyrants, “ethically challenged” police officers, and other nosy people.

P.S. Biden wants your guns, make no mistake about it. The only question left is whether or not he can legally get them. So it’s urgent that you take the next step…

China is making money moves that include a digital currency […]