Zoom Opens Door for Hackers to Access Your Camera

Zoom Opens Door for Hackers to Access Your Camera

While everyone is already feeling uncertain and vulnerable, they turned to online conference services like Zoom, only to have their private information shared and left open to hackers. 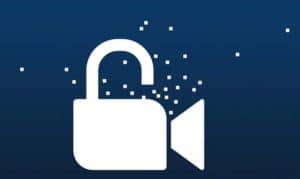 In a devastating one-two punch to your privacy, Zoom has admitted in a class action lawsuit that they provided your private information to Facebook.

They also left the “door” to your camera wide open to hackers who want to exploit that vulnerability.

So let’s take these issues one at a time, starting with Zoom’s admission reported in a Motherboard article:

The key thing to understand is you don’t have a say in the matter if a company like Zoom decides to sell its data to Facebook. Even if you don’t use Facebook, your information can still be sold without your consent.

The Zoom app notifies Facebook when the user opens the app, details on the user’s device such as the model, the time zone and city they are connecting from, which phone carrier they are using, and a unique advertiser identifier created by the user’s device which companies can use to target a user with advertisements.

There isn’t anything in Zoom’s privacy policy that mentions this was taking place. Thankfully, Zoom has taken action — but only after being exposed in a class action lawsuit.

“To address this, in the next few days, we will be removing the Facebook SDK and reconfiguring the feature so that users will still be able to login with Facebook via their browser. Users will need to update to the latest version of our application once it becomes available in order for these changes to take hold, and we encourage them to do so.”

So the question remains, how would Zoom have continued business operations if they hadn’t been exposed to a lawsuit? Guess we’ll never know the full answer.

If this already suspicious activity on Zoom’s part ended there, it might not look so bad for the company. But it gets worse…

Your Microphone and Camera: Hacked Thanks to Zoom

If you have a Mac, a former NSA hacker found a couple of Zoom vulnerabilities that could make your personal and business life a living hell:

The worst part is, a portion of this privacy-invading bug can install itself without any action on your part.

The NSA hacker stated quite simply “if you care about your security and privacy, perhaps stop using Zoom.”

Maybe that’s a good idea. A really good idea, in fact. Zoom’s privacy faults continue, because they are also leaking email addresses and photos to strangers. This blatant violation of privacy “only” affects thousands of users though.

The bottom line seems to be that companies like Zoom are finding it harder and harder to keep their user’s data private.

So maybe your only remedy is to make it harder and harder for them to get access to your most sensitive data in the first place.

How to Stay Out of Public Databases

There are public databases that track your exact location, eating habits, spending habits, your income, your online habits, and many other parts of your private life.

P.S. What if you have made sensitive video calls while using Zoom? Your webcam and microphone could be wide open for viewing by the wrong person. And that’s where my new report comes in…