The myriad changes that unfolded in 2017 will make for an interesting 2018 from the US tax legislation, to the global economy, and to cryptocurrencies. 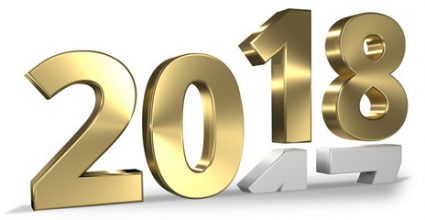 There are numerous interesting issues to watch in 2018 including the effects of the recent tax bill, cryptocurrencies, and even the economic “climate change” in countries around the world.

Individuals see some relief for a few years, and there are a few changes in deductions and write offs; but the biggest change that doesn’t expire is the enormous cut to corporate taxes. The United States has been the title holder for highest corporate tax rate in the developed world for years.

For the first time in decades, corporations in the US will see a globally competitive tax rate on par with that of the EU.

It will be interesting to see in the coming years how this affects the US economy. If these tax cuts are paired with spending cuts down the line, then there is a very good chance that the US will see some long overdue prosperity!

Speaking of US tax reform, there is at least ONE big player that isn’t pleased. IF in fact, the tax plan passed by congress on December 20th, 2017 bolsters the US economy – and subsequently the US dollar – as it is expected to do, then China is in trouble. Per Zerohedge:

“Trump managed to deliver on key campaign promises in the last inning of 2017. The tax bill is a boon for national and international corporations, making it more competitive to invest in the United States again. It also incentivizes companies to bring back trillions in offshore money. Although this money likely won’t come from China, it will boost the dollar and indirectly punish the yuan.”

So while the US is enjoying their new 21% corporate tax rate, China rests at 45%.

The biggest slam against the yuan might be that the Federal Reserve “is starting to deliver on its interest rate hikes, making the dollar more attractive in international markets. It raised its benchmark policy rate 0.25 percent to 1.50 percent at its December meeting on Dec. 13.”

Meanwhile, the EU is seeing a turn for the better. 2017 has shown signs of recovery for the EU.

As has been historically typical of that region, “Germany has been the main engine behind the region’s recovery from recession which began four years ago. It’s been buoyed by strong exports of its cars and machinery. Stronger consumer confidence due to low unemployment of 3.9 percent has also supported the recovery.”

The real recovery is if every country in the EU can demonstrate an improvement. That would mean that the European Central Bank will not have to engage in as much “stimulus”… or as economically honest people like to call: money printing.

“The strong data mean the eurozone is closer to no longer needing extraordinary stimulus provided by the European Central Bank through its 60 billion euros ($67 billion) in monthly bond purchases. The purchases pump newly printed money into the economy in an attempt to raise inflation that is considered too weak, and to protect the recovery from any new troubles. The bank has said it will continue the purchases at least through year end.”

Spain showed signs of a 180 turn from where we left them at the end of 2016. It suffered 26% unemployment, and struggled after the global economic crisis. It also suffered its own real estate bubble burst. Unemployment is still over 18% and nearly 10% of the population are looking for work.

But Spain bolstered its exports and provided relief to its businesses in terms of loosening regulations. In the wake of major austerity measures and failed dependency on credit, they have adjusted. If this keeps up, perhaps they can participate in the full recovery of the EU in 2018?

The surging popularity and value of Bitcoin – as well as other cryptocurrencies – has been incredible. But as I repeatedly say: the government HATES competition. The last thing the government wants to see is anything even presuming to be an alternative currency to the widely accepted fiat currencies.

The US has made huge strides at legislation that targets crypto users. There is an implied presumption of guilt when cryptocurrency use is lumped into a category of criminality consisting of money laundering and tax evasion.

While I don’t see either as having a victim, they are nonetheless punishable by government. (Talk about rigging the playing field!)

Between the DHS being charged with developing new guidance on detecting and tracking cryptocurrency owners and some legislators having it out for cryptocurrency in general, the battle ahead isn’t going to be pretty.

The IRS recently gained access to crypto owner accounts with over $20,000 in transactions between 2012 and 2015.

The key is in compulsory registration and reporting. By not complying with those things, crypto owners run the risk of incurring major fines in the tens to hundreds of thousands of dollars as well as prison time!

A lot to keep up with and a lot to watch for sure.

All of us at GWP want to wish you a prosperous and happy New Year!

While business friendly on many fronts, the new tax plan […]