Expanding the Surveillance State to ICE and CBP?

Expanding the Surveillance State to ICE and CBP?

The United States’ expanding surveillance state might extend to ICE and the CBP, making it eighteen government agencies with access to NSA capabilities. 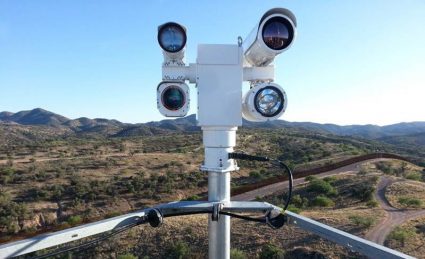 The ever-expanding surveillance state is something we have been covering for several years. With every “crisis” and election year, it takes on new form… but oddly never shrinks.

As discussed, a few weeks ago, Section 702 of the FISA was reauthorized, with a few minor tweaks to records keeping and reporting, it left “about” warrants on the table, and put no real restriction on spying on Americans. Whatever limitations were instituted, there was a clear back door out that was both unaccountable and indisputable.

What could the moral hazards be of having a surveillance state and assorted moral wars? At this point, it’s rather obvious policies like these do not stay neatly and quietly in their silos.

The problem with this is, if they want to find a criminal, they can find one. And if they can’t find one, they can make one out of you. Just as asset forfeiture turns inanimate objects into criminal accessories that are presumed guilty, so too can a surveillance state with disjointed findings create a narrative that has an otherwise harmless person defending themselves against plausible criminal intent.

The purpose of the movie “Minority Report” was to show the FOLLY of pre-crime… not give a blueprint on how to institute it. The book 1984 was a warning, not a user guide.

Think of all the moral wars… War on Poverty, War on Drugs, War on Terror, and of course War on Immigration. I’m sure some people are nodding along mumbling “We’re a nation of laws!” as if to try and justify all these policies.

If we look past the intended or stated purpose of these institutions and examine their actual track record or performance, will we find success, failure, or possibly even MORE crime?

The deputies received 39 calls regarding Nikolas Cruz – the recent school shooter out of Florida – over the past 7 years. The FBI received a call on January 5th through their tip line… but never followed their own protocols that could’ve prevented the Parkland, Florida shooting. And finally, a local officer was ON THE SCENE, and waited outside for four of the six minutes the shooting happened. “He never went in.”

This is the most recent failure of all these “safety measures”. The TSA is another boondoggle in the name of security. A boondoggle that happens to come with a $7 BILLION price tag. And have they caught any terrorists? Nope. What we have caught, however, are crooks within their ranks. They have, by their own admission, stolen, assaulted, trafficked drugs, and downloaded child pornography.

The list of government failures rivals the list of its myriad taxes! Everything from the SEC dropping the ball on Bernie Madoff to the rollout of Obamacare to the $125 Billion in waste at the Pentagon to the $4.15 billion stolen by the DEA alone in asset forfeiture, to the thousands of rape kits never tested, to Fast and Furious gun smuggling.

In light of all this, Trump being the protectionist economic illiterate that he is, imagine if Section 702 and ICE (Immigration and Customs Enforcement) gave each other a special hug. What sort of mutant child do you reckon could come of that? Well that’s exactly what ICE is looking for! It’s years long ambition is to one day become a member of the Intelligence Community:

“The idea that ICE could potentially get access to warrantless surveillance is frankly terrifying,” says Jake Laperruque, senior counsel at the Project on Government Oversight. And I couldn’t agree more!

Joining ICE on that ambitious bandwagon for IC membership is US Customs and Border Protection (CBP). For as guarded as these agencies are with their goings and activities – playing the “national security” card at nearly every turn when questioned – I’m surprised at how surveillance and intelligence has become a veritable free-for-all.

One of the last pen strokes of the Obama administration was to expand the NSA’s ability to share its capabilities.

“In its final days, the Obama administration has expanded the power of the National Security Agency to share globally intercepted personal communications with the government’s 16 other intelligence agencies before applying privacy protections.”

But he left out ICE and the CBP…

Obama had a soft spot for immigrants. Trump… not so much.

At one point we were told that the NSA only collects metadata. Except they do far more than that:

“Americans who correspond with any foreigner that the NSA is watching instantly become fair game. Their information is secured on servers abroad that the agency routinely taps. Emails, text messages, and vast amounts of internet data are vacuumed in. The NSA has targeted entire Yahoo and Google data centers abroad, all of which contain communication by Americans. It also intercepts and archives every cell phone call to and from the Bahamas and other Caribbean countries. It gathers millions of text messages in global information sweeps. This is not just metadata, but actual content. The NSA listens in on and records phone conversations, reads and downloads text messages, hacks into emails and copies exchanges.”

Without the NSAs help, ICE has already signed up with Vigilant Solutions, which provides them access to license plate databases. You can routinely find a green and white border patrol car parked along side Interstate 15 in Southern California. Now you know why they are there.

The CBP is creating facial recognition technology, which might ultimately serve as their Stasi papers at the border as they leave or enter the United States.

I keep hearing how surveillance is only meant to protect Americans from terrorists and would-be foreign enemies. But I feel like it’s SO much more than that. I mean, it’s just a hunch, but 16… and soon to possibly be 18 … government agencies piggy backing on the NSA’s surveillance capabilities?

The days of “If you’ve done nothing wrong, you have nothing to fear” are gone. We close the door to the restroom when we use it… not because there is illegal activity taking place, but because we want the privacy. It really doesn’t matter what you have or haven’t done. It’s what the “evidence” says you probably did.

I’m not saying Trump is literally Hitler… but I am hearing the words “Papers please” followed by a click of the boot heels.

Whether you agree or disagree with Trump, it’s important to […]