Whether you agree or disagree with Trump, it’s important to keep the record straight and give credit and blame where due. 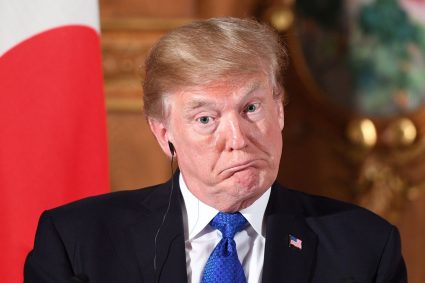 There are die hard Trump supporters and equally staunch Trump detractors, but both sides are blinded by their deep seated sentiments and are giving him credit or blaming him for things he hasn’t done.

It’s amazing how many political hacks have no concept of a timeline; as if each president gets to start over rather than inherit the conditions laid out by their predecessor. Talk to some liberals, you’d swear time started at George W. Bush… with FDR some mythical archangel they pray to in times of economic hardship. Talk to some conservatives, and time started at Ronald Reagan.

Not that it will do any good because people are committed to their own biases, but for those who even so much as give a hat tip to cause and effect, let’s set at least some of this record straight.

If Trump or his supporters want to give him credit when the sun shines on either of those things, then when they inevitably shift, he gets the blame. It’s not to say that the president, in conjunction with congress can’t pass policies that would create favorable market conditions that could ultimately foster lower black unemployment or a rise in the DOW on a long enough timeline, but at least take the time to zoom the lens out and check the trends leading up to the claims. But let’s keep going:

So is anything Trump’s responsibility? Of course. There’s plenty of good and bad to go around. The important thing is to organize all this into appropriate bins.

Credit and blame where it is due. In the age of social media and online news, it’s easy to get carried away. But it’s equally easy to check if these things are truly attributable to Trump or not.