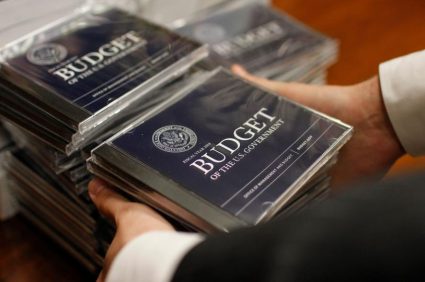 I’m looking at this two year budget deal Trump just signed, and what is being hailed as some heroic and collaborative compromise is really just plain cowardice.

As many of you know, I’m an expat living in Eastern Europe. I go back to the US from time to time to visit, and there are absolutely things I miss. A few folks… a few places… a few establishments. But US politics is precisely why I stay away.

After a brief government “shut down” – the second one this year – Congress and Trump came to a temporary two-year agreement.

“Nearly $300 billion in new spending included in the bill approved on Friday will mean the annual budget deficit will exceed $1 trillion in 2019, said the Committee for a Responsible Federal Budget, a private fiscal policy watchdog group.” (Source: Reuters)

That’s what compromise at the federal level looks like. Both sides are complaining about the other’s spending hikes.

But in light of the $125 billion in waste already discovered in the Pentagon, why was a spending hike even warranted for the military? They can’t keep track of the money they are getting now, losing track of nearly 20% of it at any given time. Republicans complaining about the hike for non-military spending is rather ridiculous, to say the least. What would’ve been the problem with suspending further budget increases until AFTER their audit?

I want to know why liberals need more money for non-military spending, and so much of it! We’re constantly told it’s for infrastructure, but year over year the improvements are only realized in a few choice cities around the US.

Then I realized something. I was looking at all this incorrectly. When you hear the word “infrastructure”, what comes to mind? For me, I think of bridges, damns, roads, public transportation, and even utilities. I don’t think I’m in the minority here. But what if that’s now how government or their budget committees define it? What if, infrastructure included other things, like law enforcement?

Same goes for entitlements. Again, I think of Section 8 Housing, healthcare, and food stamps. But what if that also included government pensions? At one point, the United States’ manufacturing jobs were exceeded by government employees. The expansion of the police state, and subsequently their pensions is creating a nation-wide pension crisis.

Under the umbrella of “entitlements” this is one that has no prospect of them getting off of it. At least in theory, someone could be only temporarily on food stamps or use government housing. But government pensions are a problem created out of thin air by politicians in exchange for favors from union thugs. 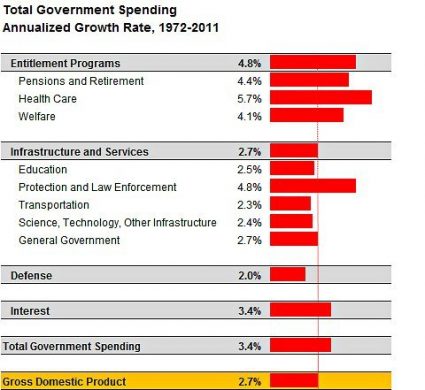 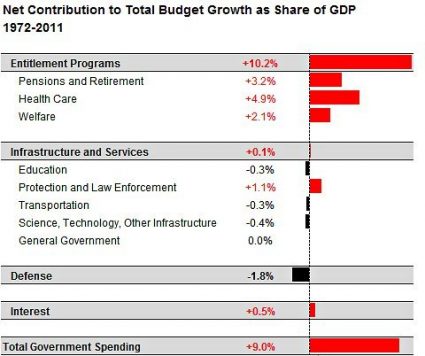 I think people around the world are generally resigned to their respective governments being irresponsible, but while they run on platforms touting accountability, it’s embarrassing to see their deliberate efforts to dodge accountability. According to Reuters:

“It also extends the U.S. government’s borrowing authority until March 2019, sparing Washington politicians difficult votes on debt and deficits until after mid-term congressional elections in November.”

In the meanwhile, liberals sold out on their immigration stance, and conservatives threw out any prospect of balancing a budget. Who won exactly in this? Obviously politicians and their cronies. Even the president’s desires to cut funding for health research or foreign aid are tabled. It would appear any semblance of an austerity measure is deferred if not totally dead in the water.

Honestly, what would happen if the government remained “shut down”? DACA would be no closer to being resolved. Military spending would be $160 billion lower. States would have to make do with what they had for infrastructure.

One lone voice stood in rebuke of this “compromise”: Senator Rand Paul. He called out the total hypocrisy of the Republicans who admonished Obama deficits, but eagerly voted for Trump deficits… and he did so well into the night.

Here’s the disgusting part: fellow Republican senator, John Cornyn of Texas, chastised Rand Paul, “I think it’s irresponsible the act of a single senator who’s just trying to make a point, but doesn’t really care too much about who he inconveniences.”

Is Senator Cornyn really that obtuse? He just voted to indenture unborn generations to unprecedented debt, and he’s balking at the inconvenience of staying past midnight at work? That’s what gets reelected. That’s what’s representing Texas in the Senate. Is it any mystery how so many self-serving pieces of legislation get passed? Cornyn isn’t the only one after all.

All in this is a terribly irresponsible and cowardly deal. Everyone except a handful of elites, loses.

What Trump calls an improvement is really just Section 702 […]