What Trump calls an improvement is really just Section 702 of the FISA being reauthorized with a few tweaks to transparency and accountability. 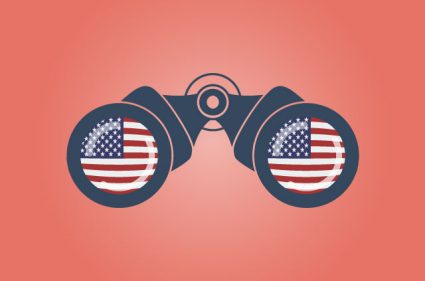 Section 702 of the FISA was signed into law by Donald Trump on January 19, 2018. There’s really no point in talking about what could’ve or should’ve been. What matters most is what IS for the next six years.

The reauthorization flew through the Senate with nearly two-thirds voting in the affirmative. There was a near miss on a filibuster in the House with more of a sixty-forty split in favor of the bill.

Time to learn what’s in the bill now that it’s passed (because apparently that’s how it’s done in the US these days):

There is some reversion back to the 4th Amendment protections. The FBI needs a court order to access the communication contents of U.S. persons (not citizens… PERSONS) if the context is to do with a crime unrelated to national security. Also, the records need to keep each “US person query term” used.

Information gathered under Section 702 cannot be used as evidence in criminal proceedings… except when it can such as in the event of: death, kidnapping, serious bodily injury, crimes against minors, incapacitation of critical infrastructure, cybersecurity, and transnational crime. Once it’s been determined that something qualifies as one of the aforementioned, it cannot be appealed.

The reporting must break down the surveillance targets as US and non-US persons. “It also requires disclosure of ‘the number of instances in which the [FBI] opened … an investigation of a United States person (who is not considered a threat to national security) based wholly or in part on an acquisition’ of information under Section 702.”

While the NSA “suspended” about searches in April of 2017, it’s not to say the Attorney General can’t reinstate the practice. To that end, if the AG decides to do so, congress must receive notice 30 days prior to the performance of an about collection.

A few promising things were instituted, although this is said in the context of a very unacceptable program. There are Privacy and Civil Liberty Officers in various departments of the federal government. The FBI and NSA are now required to have them on staff as well. In theory they are a check and balance to their activity to ensure that boundaries are not overstepped. Likewise, some whistleblower protections were instituted for contractor employees of the FBI and intelligence community.

And finally, the entire program needs to be evaluated on the effectiveness and implications of its methods.

Of course whatever accountability measures are in place, they are subject to various exceptions, so it’s not entirely clear the teeth these measures have.

What we do know is that the political class has no problem using this program for their own gain, and that is very troubling. As if it wasn’t bad enough that US persons should need to worry about narratives being made about them based on metadata collections, everyone should be very upset by politicians using this program to retaliate against dissenters and political opposition. If they can use it in elections, they can use it for anything.

Watching the surveillance program being weaponized against political opponents is a glimpse into what can be done to anyone.

The memo released by Republicans on the House Intelligence Committee expresses their concerns on the misuse of the program against a former Trump staffer.

According to Donald Trump, this FISA act is much different than the last one. But I’m not seeing it. This isn’t much different than what was already in force. There are plenty of new reporting requirements, which might mean more transparency? A few more checks and balances which might mean less abuse of power? Record keeping requirements and declassified enumerations of US persons caught up on the dragnet isn’t really much to squawk about.

It’s unsettling that what Americans wouldn’t tolerate their own government doing to them, they’d accept being done to others.

This sort of cognitive dissonance is all too common in a country that purports to be the “land of the free”. That it only stirs the pot of ire when the crosshairs are squarely on American persons is an obvious double standard.

Am I to believe that rights aren’t universal? Or at the very least that the US doesn’t hold itself to a higher standard than the rest of the world and extend the same courtesies to other countrymen as they do their own? That a reasonable expectation of privacy is really just an ambiguous privilege enjoyed by people of the US?

US surveillance affects everyone. In fact you’re only slightly more protected as a US person, than if you’re not. About searches are still on the table, and within 30 days of being reinstituted. “National security” is still a trap door out of any accountability.

Politics is what it is, and generally people expect it to be nasty. What is disturbing is the use of tools which were supposed to be for our protection being used against us. Never give a government powers you wouldn’t trust your worst enemy with, because politicians have term limits. They come and go. But the powers given to and taken by them endure.

The US is slipping in more ways than one: innovation, […]