The US is slipping in more ways than one: innovation, education, and economic freedom. 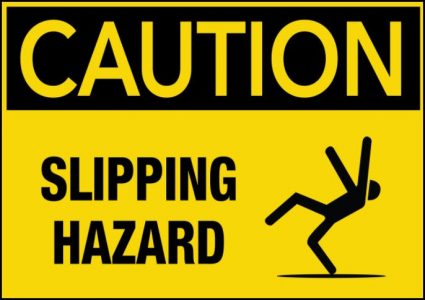 The US has been steadily slipping in key areas that made it a once great place: innovation, education, and economic freedom.

When I see the slogan “MAGA” I basically associate it with a Republican version of “Hope and Change”. It’s whatever you want it to be. It’s nothing and everything all at once. There’s some talk about the economy and jobs, and while those things are indicators, they don’t even begin to scratch the surface of the health of the nation. That’s hardly the full blood panel of the United States. That’s weight and body temperature at best.

Much like those discussions on “wage gap”, people think there’s a silver bullet answer: sexism. But in truth there are multiple factors that go into that, least of which is gender. And there are several factors which determine the success and trajectory of a country.

I often wonder why countries don’t operate like businesses. In as much as they position themselves above market forces, they really aren’t. Immigration, emigration, corporate inversion, and divestment patterns show that individuals and businesses alike will vote with their feet and wallets no different than any consumer will with a store.

Every country has a brand and reputation, as well. And that is precisely where the US is slipping: in key performance areas that contribute to success like Innovation, Education, and Economic Freedom.

Bloomberg has been releasing an analysis of most innovative countries for the past 6 years. From 2017 to 2018 the US dropped two slots, falling out of the top ten for the first time since the inception of the study.

“The U.S. fell to 11th place from ninth mainly because of an eight-spot slump in the post-secondary, or tertiary, education-efficiency category, which includes the share of new science and engineering graduates in the labor force. Value-added manufacturing also declined. Improvement in the productivity score couldn’t make up for the lost ground.”

Turns out the snowflakes getting their PhDs in “Gender Studies & Interpretive Dance” don’t count. Didn’t see that coming did you?

One of our greatest imports is graduate students in STEM fields, but not so much anymore.

According to the OECD (Organization for Economic Cooperation) the US ranks 25th in Science, 24th in Reading, and 39th in Math. Out of 50 countries, the US placed 17th in a study carried out by the EIU (Economist Intelligence Unit). The top 5 slots went to South Korea, Finland, Hong Kong, Japan, and Singapore.

The US spends close to $12,000 on average per student per year, one of the highest in the world; yet despite the investment, the product is rather sad. Asian countries that spend far less out-perform the US on many fronts. And nowhere does this become more apparent than in the innovation index.

Even on the university front, the US lost the #1 and #2 spots to Oxford and Cambridge in the UK. While that might change post-Brexit as a good amount of funding once came from the EU, what is undeniable is the Asian universities that are climbing up the ranks. According to Times Higher Education World University Rankings 2018:

“The National University of Singapore is now the top-ranked institution outside of Europe and the U.S., at joint 22nd, and China’s two leading institutions, Peking and Tsinghua universities, are now both higher than the highest-placed universities in Australia and Germany, Melbourne University and LMU Munich respectively.”

The one place where the US is still competitive is largely dominated by the PRIVATE universities. There are some state universities sprinkled in there, but it is a rather interesting observation.

Regardless of who the POTUS is, where is the greatness? Of all the areas I’m addressing here, higher education has the MOST latitude and freedom to control its level of production. Innovation and Economic Freedom both heavily reflect how much the government is involved. Even elementary and high school education relies quite a bit on public funding. But higher education is one of the MORE privatized areas and the US still slips?

Have the universities become complacent? They aren’t lacking in funding, that’s for sure. Their costs and tuitions have skyrocketed with little improvement (if any) in the quality of education or the employability those degrees uniquely offer.

The United States took a serious blow in economic freedom as well. Heritage Foundation does its annual evaluation on “Economic Freedom” and 2017 didn’t go well for the US. Not only is it not in the top 10 it’s struggling to remain in the top 20! Coming in at a sad 17th, the country that swoons over symbols of freedom is lagging behind such countries as Estonia (6), United Arab Emirates (8), Chila (10), Georgia (13), and Lithuania (16).

Even where I’m living now in Latvia, they are 20th, and climbing! They saw more gains overall than any of the top 38 countries.

These rankings are derived from 4 facets with 3 subcategories each:

Granted this was done prior to the passing of the tax bill, and there is a likelihood that Trump will cut some regulations. But with his new tariffs on imports ranging from 20% to 50%, his crack down on immigration, FATCA, and the stalker-like regulations congress is passing on cryptocurrencies, I doubt corporate tax cuts will be enough to offset all the other detrimental policies.

Cato Institute does another similar study called “Human Freedom Index”. This hasn’t been around as long as the Economic Freedom Index from Heritage, however, it’s important to note the corollary Cato makes with individual freedom and economic freedom. Here are few choice topline observations:

Cato used 79 indicators for their Human Freedom Index which all fell into one of these 12 categories:

Indices are merely directional indicators. Nothing more. But if you look at once large successful corporations like FAO Schwartz and Macy’s you see brands that neglected to stay ahead of the relevancy curves. The US is likewise riding on the coattails of its overromanticized history. The US can tell you what it has done in the past, and can feel adequate about its present, but it’s future is dismal is this trend continues.

People who really want to MAGA, should not be putting all their eggs in the POTUS basket. It’s not Trump’s job to improve the American ethic. It’s his job to get out of his constituency’s way.

Many long-standing deductions and exemptions will be no more, which […]