Government monopolies as with the USPS or over local rights of way for competing ISPs, prevent us from advancing as efficiently as possible. 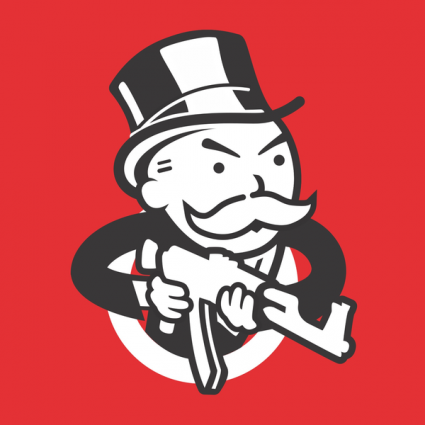 One of the biggest arguments against capitalism is the inevitability of monopolies; worse still monopolies over essentials like food or utilities. The defense of government is never louder than when someone is fearful of private businesses owning large holdings of important assets.

Oddly enough, their solution for monopolies is a monopoly. The assumption is that a private monopoly is worse than a public one. So government – which is a monopoly – will prevent monopolies.

This isn’t one of those counter-intuitive solutions like hunting for conservation. It’s more like bombing for peace: there is no prospect of this helping the end-user.

While there is something to be learned from all the advances and successes, society seems to neglect that which is responsible for failure and retardation of progress. How do I know? Because we are debating things like net neutrality and watching the US Postal Service go down in flames. What stands in the way? Government monopolies.

The USPS is one of the few “services” actually prescribed in the US Constitution. Article 1, Section 8, Clause 7 is the Postal Clause which empowers Congress to “establish post offices and post roads”.

While it’s not a right, it is a service that had some purpose when it was initially prescribed: create a small stream of revenue for the new government and to facilitate interstate communication. The former is rather ironic given the current fiscal condition of the USPS; the latter is a bit antiquated considering how advanced communications have become in the past 235 or so years.

The Postal Express Statutes were passed which prohibited direct competition with the USPS on letter delivery.

Lysander Spooner challenged that statute by deciding to compete with the USPS, and he did a fine job of it! His $0.03 stamps were a far cry better than the $0.12 stamps from the USPS.

The USPS commandeered all the roads and declared them “postal roads” for the exclusive use of the government.

The irony is that the USPS was supposed to garner some level of revenue; however, as of November 2017 the USPS has run at a loss for an 11th consecutive year:

“The 2017 loss came after a double-digit increase in package delivery was unable to offset drop-offs in letter mail, which makes up more than 70 percent of total postal revenue. Mail volume fell by roughly 5 billion pieces, or 3.6%, as people in the digital age rely more on email for online bill payments. Revenue came to $69.6 billion, down from $71.5 billion last year.”

Where there is government insolvency in any given agency, you typically find over compensation in the way of benefits or actual wages. Government benefits are what’s bankrupting the state of California. People want to blame immigrants or the indigent, but really it’s government employees that constitute the largest unfunded liability in the state. Likewise, the biggest culprit in bankrupting the USPS is benefits:

“To become financially stable, the Postal Service is also urging Congress to provide it relief from the mandate to prefund retiree health benefits.

Legislation in 2006 required the Postal Service to fund 75 years’ worth of retiree health benefits, something that neither the government nor private companies are required to do.

To avert bankruptcy, the post office has defaulted on the multibillion-dollar health prepayments each year since 2012.”

Online proprietors rely on this monopoly to deliver on their promise (pun absolutely intended) and the impending bankruptcy of the USPS threatens the livelihood of those businesses. Legislators can’t get out of its own way.

Speaking of not being able to get of the way, the US Congress introduced net neutrality as a solution to a problem that never existed in the first place.

If you’ve ever been to a shopping mall, you will see stores in varying sizes. I’m talking about the real estate they take up, not their net worth. There are smaller stores like Hot Topic; midsized stores like Footlocker and Zales; and large department stores that take up a full end of a wing plus two stories like Macy’s.

Unsurprisingly, Macy’s pays more rent than Hot Topic, because Macy’s has considerably more square footage. Perhaps Macy’s get a discount per square foot due to sheer volume, but the overall monthly cost in rent is higher nonetheless. No one is mad about this. No one objects to the fact that Macy’s has a larger store than Hot Topic and Footlocker. It’s not even considered controversial.

Now let’s look at the internet. Open up several applications on your phone. Open say, Facebook, Google Maps, Netflix, and your email app. Go to your settings and look at the data usage each of them required to run on your phone. Facebook and email take measurably less data than Netflix and Maps.

Websites are no different than store fronts. They take up bandwidth instead of physical real estate. But net neutrality wants to treat them the same. Streaming and many gaming apps take considerably more bandwidth than online newspapers or magazines. Net neutrality pawns that expense onto the ISP rather than the end user or the proprietor who are consuming that space.

Worse still ISPs are scolded for using throttling to accommodate the traffic.

Similarly, the government imposes regulations, fees, and permits, not Spectrum or Charter. The local municipalities decide which or if any competitors may enter the telcom space.

“Before building out new networks, Internet Service Providers (ISPs) must negotiate with local governments for access to publicly owned “rights of way” so they can place their wires above and below both public and private property. ISPs also need “pole attachment” contracts with public utilities so they can rent space on utility poles for above-ground wires, or in ducts and conduits for wires laid underground.

“The problem? Local governments and their public utilities charge ISPs far more than these things actually cost. For example, rights of way and pole attachments fees can double the cost of network construction.”

“FCC’s 2010 National Broadband Plan called on governments at all levels to ‘ensure that network providers have easier access to poles, conduits, ducts and rights-of-way.’

“Local governments have become used to thinking of rights-of-way as revenue streams. But they’re missing the bigger opportunity.

“Yet very little has changed in three years due to utility lawsuits; outdated definitions in the Telecommunications Act; uneven deployment of the FCC’s pro-competition rules across the 50 United States; and the looming threat of state and local government lawsuits against streamlined rules.”

Again, government monopolies getting in the way of competition that could easily provide all the low cost bandwidth we need if given the latitude to do so.

What we have, according to Ryan McMaken of Mises Institute, is a case of “regulatory capture in which the institutions with the most at stake in a regulatory agency’s decisions end up controlling the agencies themselves. We see this all the time in the revolving door between legislators, regulators, and lobbyists. And you can also be sure that once this happens, the industry will close itself off to new innovative firms seeking to enter the marketplace. The regulatory agencies will ensure the health of the status quo providers at the cost of new entrepreneurs and new competitors.”

Cryptocurrencies Offer Safe Haven for Citizens Around the World