Facebook is at it again… or more accurately, they never really stopped sharing your data with their corporate partners. 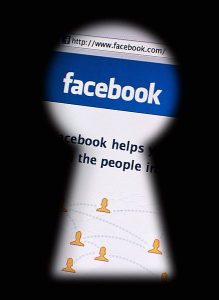 Back in 2014 a research paper was produced that revealed Facebook manipulated the emotions of its users without their consent.

It seems like that Facebook experiment never stopped, and it’s getting even creepier than the original paper could ever conclude. Worse, this egregious violation of your privacy could even top the Cambridge Analytica scandal I mentioned a while ago.

Facebook can no longer be entrusted with your privacy, period. In fact, a potential case can be made that it is brokering your privacy for profits. The New York Times broke the main part of this story in a December 18th feature:

For years, Facebook gave some of the world’s largest technology companies more intrusive access to users’ personal data than it has disclosed, effectively exempting those business partners from its usual privacy rules, according to internal records and interviews.

The “world’s largest technology companies” mentioned in the story are Amazon, Microsoft, and Spotify.

Without any further investigation, two disturbing facts were brought to our attention…

Just these two facts alone should encourage you to think about deleting your Facebook account immediately. But it gets even worse…

Common sense might tell you “private messages” on any social media account would be private. That means no one should have access to those messages but you and the person you’re sending them to. Apparently someone has to tell Facebook this bit of common sense, because they let two big corporations read your private messages.

Let that sink in for a moment, then take a deep breath, because according to the NYT Facebook takes this mind-bending violation of your trust to another dimension (emphasis mine)…

The social network permitted Amazon to obtain users’ names and contact information through their friends, and it let Yahoo view streams of friends’ posts as recently as this summer, despite public statements that it had stopped that type of sharing years earlier.

So Facebook is offering a sort-of “pay to play” access to your contact info through your friend’s accounts. This, after saying it stopped doing that years ago. I’m pretty sure that the definition of lying applies here.

In fact, later in the article Facebook representatives “found no evidence of abuse by its partners.” And as you would expect, no details about this “investigation” were shared by Facebook or its partners (Amazon, Spotify, Microsoft, Netflix, etc.).

So you’re just supposed to trust this big company who outright lied to its users for years, about a violation of their privacy it said it had stopped. There isn’t any doubt that your private data is “oil” in the 21st century. That doesn’t excuse major violations of basic trust though.

Instead of outright selling your data, Facebook is effectively brokering your data in a “pay to play” fashion by offering these behemoths access to it. And you’re just supposed to go along with it.

The 270-plus pages of reports that the Times reviewed “reflect just a portion of Facebook’s wide-ranging deals” according to their feature. And, unfortunately, there isn’t a way to determine what other privacy “back doors” may be open to expose even more of your information to hackers, identity thieves, and other snoops.

Bottom line, never assume the right thing is being done with your data. And it doesn’t matter if that data isn’t on Facebook, because your car, home, computer, and even your medical devices are at risk.

P.S. You’re on your own when it comes to protecting your private data, especially when any “data broker” with a profit motive is involved like Facebook, Amazon, Spotify, etc.