The IRS received $80 Billion over the next ten years that will go toward enforcement; and people making less than $200k will likely bear the brunt. 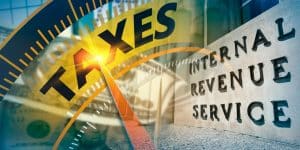 In a move typical of most lawmakers, the “Inflation Reduction Act” being signed into law by the Biden administration has much more to it once you “pop the hood” and take a look.

In fact, this single act has climate funding, health funding, and tax funding all wrapped up in a nice-sounding package.

Tucked neatly inside this giant “burrito” of a bill that Biden is boasting about on the airwaves is more than $80 billion in funding for the IRS over the next decade.

And just in case you might have thought the funding was mostly for sorely needed computer upgrades or customer service reps, more than half of that funding is earmarked for one thing and one thing only: enforcement.

That means more auditors, more audits, and more (armed) IRS agents are on the way over the next ten years of operation.

Any sane person can safely conclude that also means more audits for both the middle and upper-middle classes of U.S. citizens. Of course, the IRS Commissioner denied this in a recent comment reported on CNBC:

IRS Commissioner Charles Rettig said the $80 billion in funding would not increase audits of households making less than $400,000 per year.

“The resources in the reconciliation package will get us back to historical norms in areas of challenge for the agency — large corporate and global high-net-worth taxpayers.”

But the Joint Committee on Taxation said otherwise in a Wall Street Journal article written by the WSJ editorial board:

So much for going after the wealthy, I guess. It also looks like the IRS “Goon Squad” will be well-funded for at least a little while.

On top of that, apologists for the tax collectors at the IRS collectively known as the Tax Policy Center claim the agency is underfunded and it can’t “cover operations.” (Boohoo.)

Then they finished a recent piece with a desperate-sounding question…

“Can a Battered Agency Do Its Job?”

In spite of this plea for pity, I don’t feel sorry for the IRS in the slightest.

Besides the fact that taxation is theft…

Of course, there are a litany of other reasons to hate the IRS, but just these two alone should make any talk of additional funding sound foolish.

The problem is, President Joe Biden has already signed a fresh round of funding from American taxpayers into law.

Before the IRS “Goon Squad” Snoops on Your Business (Do This)

If Uncle Sam comes knocking, the resulting audit could be a huge threat to both your privacy and your wealth.

And it’s likely to be enforced by newly armed thugs at the IRS.

That’s why I strongly recommend you safeguard your money before they try to put their grubby little paws on it..

P.S. Any little error on your tax return could cost you big if you get audited, and filing electronically doesn’t decrease the chances of getting put under the microscope.

What is the FBI Up To?

T​he story is not what the FBI is investigating; it's […]