IRS is Using This Tax Code “Loophole” to Rob You…

IRS is Using This Tax Code “Loophole” to Rob You… 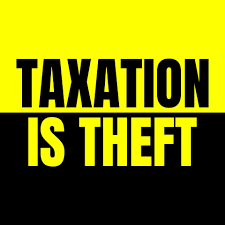 You’ve likely heard the phrase “taxation is theft.” In this message I’m going to reveal an IRS-created “loophole” that tax collectors in the U.S. can use to rob you blind.

Andrew Napolitano explains how the modern income tax was initiated by deception in the early 20th century, with the ratification of the 16th Amendment by progressive politics:

They promised the American public that the income tax would never exceed 3 percent of income and would only apply to the top 3 percent of earners. How wrong – or deceptive – they were.

Today, you are taxed way beyond 3 percent of your income, regardless of how much or how little you earn.

And if you don’t pay your taxes on time, the IRS has an intense collection process. It finds and then vacuums up your income until your debt is paid or you end up in expensive litigation.

“Give me your money or else” is a form of extortion that stirs up images of Al Capone and his infamous Chicago Outfit.

And you don’t stand a chance against any one of these “mob-like” collection practices. But it gets worse…

Recently an IRS insider hinted at another, even more insidious way to take your hard-earned money (bolding mine):

The government is very smart for adding an extra 70,000 pages to the IRS Tax Code since its founding in 1913. How else can the government payback all the accounting and financial planning lobbyists who took them out for steak dinners all these years? Tax help is BIG business!

In essence, paying for tax guidance or tax preparation is like a tax on top of tax. But that’s NOT the insidious part.

Look, the IRS is a bloated bureaucracy that makes mistakes, contributes to wasteful Government spending, and suffers data breaches. Some agents even have weird fetishes.

While the IRS is practically immune from its own shortcomings and mistakes, you are not. If you make a mistake, it’s only a matter of time before the IRS comes after you.

And therein lies the trick. It takes the IRS time to comb through the 70,000 page tax code to see if you’ve made a mistake. And, as the IRS makes very clear, time is money. Lots of money, in fact.

and You’ll Have to Pay Up!

Here’s how this legalized theft works, according to the “Financial Samurai”:

[The IRS] use tax policy to control people’s behavior. The only way out is to stop making money so you can stop paying taxes. The government is brilliant for creating a 70,000 page tax code bill so mistakes [can be] made.

Then comes the insidious part … “they wait for YEARS to send you a notice telling you why you made a mistake.” After that “they charge an interest penalty 50X+ higher than what you would get in a savings account.”

Imagine not knowing you’ve made a mistake on your taxes, thanks to tax laws you had no idea about, and having to pay for years of interest charges when the IRS finally comes to collect.

This practice of levying insane interest rates on top of penalties from years-old mistakes is not an accident. It’s built into the system to maximize fear, maximize compliance, and maximize revenue for the IRS.

The scary part is an IRS notice for an ancient tax mistake could arrive in your mailbox at any time, turning your life upside down. But there is a way to avoid such a scenario…

How to Keep Your Money Away from the “Tax Mob”

Today, it’s more important than ever to shield your money from tax collectors, governments, and central banks. It’s also critical that you safely grow your wealth.

Bottom line, we believe in REAL freedom. Freedom to keep the money you earned. Freedom to travel where you want, when you want…

P.S. The IRS is one example of a bloated bureaucracy that finds new “legal” ways to extort you for money. Become a GWP Insiders member today and learn the secrets for protecting and growing your wealth while keeping your money out of their hands…

This Chart is Screaming “Market Crash Incoming!”... Every major recession […]