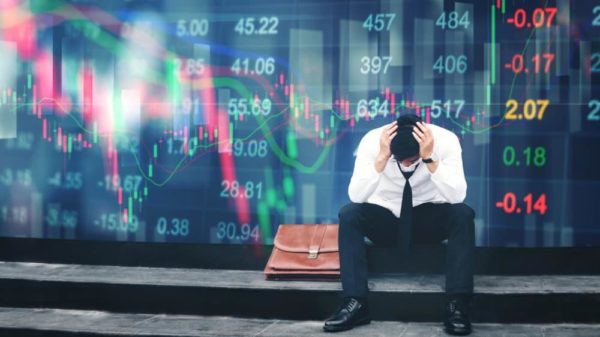 Every major recession for the last 41 years has followed the inversion of 2-year and 10-year treasury rates. The reason is simple… 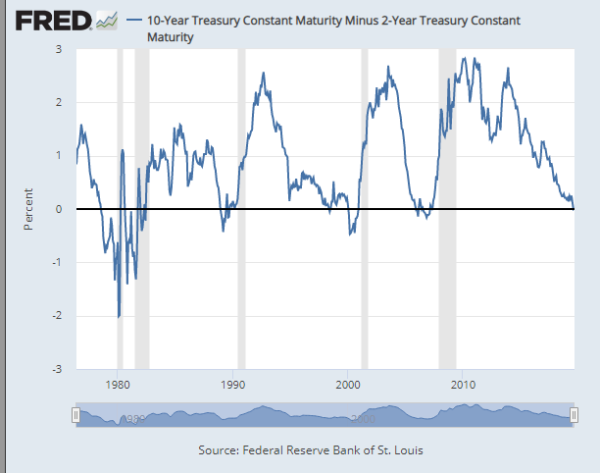 The grey areas indicate major U.S. recessions. Each one follows closely after the yield curve “dips” below the baseline (inverts).

In a special alert at Lardan Financial, Leon Wilfan is calling the economic period that began in 2018 a “transition” from the bull market to a bear market:

It is in these transition periods that the market ranges sideways, as fear and greed battle for supremacy. Such were the periods from 1999 to 2000 and from 2006 to 2007. And such is the period we are in right now… a period that began in 2018. And what inevitably follows such a period is a market crash.

Of course we can’t know exactly how far the market will decline. But the last recession ended a decade ago, so the U.S. is overdue for a “big one.”

And keep in mind that while the 2-year / 10-year inverted curve is the most important signal, the 3-month treasuries have been inverted for even longer.

In fact, most short-term U.S. treasuries have been “flat” (close to inverting) or inverted to the 10-year treasuries for most of 2019.

One thing is certain, you should start preparing for the worst now.

Even if the crash doesn’t happen tomorrow, or next week, every major U.S. recession of the last five decades has happened within 24 months of a yield curve inversion.

Who knows exactly when it will happen, or how severe it will actually be, but time is running out. According to another signal, the U.S. may be closer to a recession than you think…

The “Expanding Wedge” Reveals the End of the Bull Market

Generally, when a market gets really volatile, that is a beacon that shows panic is increasing. One of the signals that points to a volatile market is known as the “expanding wedge.” Price trades at higher highs and lower lows, forming a wedge.

You can see this wedge forming in the S&P 500 chart below: 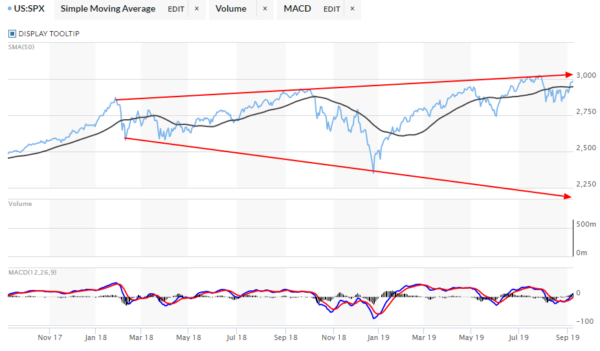 Look at the lower red line. If the S&P crashes below 2,250, U.S. stock markets would panic. Leon Wilfan explains:

High-volatility is a direct indicator of growing anxiety in the market. When investors feel uneasy about their positions, they panic, resulting in a price crash.

To sum up: Reliable signals like the inverted yield curve and an “expanding wedge” both point to an imminent stock market crash in the U.S.

This is why it’s critical you start to explore your options for hedging your bets and protecting your wealth. There is still time to prepare, but not much.

How to Keep Your Options (And Exits) Open

Today, it’s more important than ever to shield your money from stock markets, governments, and central banks. It’s also critical that you safely grow your wealth.

Bottom line, we believe in REAL freedom. Freedom to keep the money you earned. Freedom to travel where you want, when you want…

P.S. U.S. stock markets are on borrowed time. The next recession could start any day now. Become a GWP Insiders member today and learn the secrets for protecting and growing your wealth so you can keep your options (and exits) open…

What Sort of Taxes Can You Expect with Medicare for All?

We've heard the benefits will far outweigh the costs when […]