Look at This Ridiculous Biden Tax on U.S. Drivers

Look at This Ridiculous Biden Tax on U.S. Drivers

With fuel efficiency going up, people buying electric cars, and more people working from home, the government isn’t receiving as much fuel tax revenue as it used to. 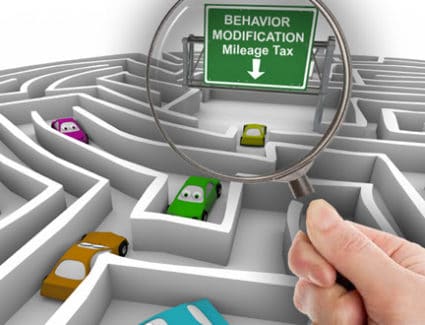 Gas prices have skyrocketed since Biden took office and shut down the Keystone Pipeline on his first day in office. In most major cities gas is now around $4 a gallon, and prices continue to climb.

Unfortunately, the cost of driving is about to get even more expensive in the U.S., and it has nothing to do with the cost of gas or cars.

Turns out, President Biden is now getting serious about taxing Americans based on the number of miles they drive. According to MSN:

Buried in Biden’s massive infrastructure deal is $125 million that’s been earmarked to test the implementation of a “Vehicle Miles Traveled” (VMT) tax in various regions. Transport Secretary Pete Buttigieg will head up the pilot program that, for now, is being described as “voluntary.”

Despite relatively scant details, many Americans are already deeply concerned about this program, so fact checkers are working overtime to reassure the public “not to worry” because the VMT program is just a pilot program and it’s 100% voluntary.

But just as we’ve already seen with Covid vaccines, the government’s use of the term “voluntary” could quickly become “mandatory.” Remember, it was just December 2020 when President Biden said Covid vaccines wouldn’t be mandatory. It took only 9 months for him to reverse course.

If this VMT pilot program were to become permanent and mandatory, it would mean paying a tax of about 8 cents on every mile you drive. And that per-mile rate could be more or less depending on the type of vehicle you drive.

The tax itself is not even the worst part. The mechanics of calculating and collecting the VMT would require all cars to be outfitted with GPS trackers linked to some centralized agency.

Which would mean that your ability to freely move about the country would no longer exist. You’d literally be tracked everywhere you drive, day or night, 24/7/365. This would be an invasion of privacy on par with the NSA’s mass surveillance of Americans’ phone calls.

Think about how this could be used against political enemies. If you attended a peaceful protest, the government could track you to the location of the protest… and then arrest you under false pretenses… even if you did nothing wrong.

And think about how the federal government might collect this VMT tax. Rather than rolling it into your once-a-year income tax return, there’s a good chance this tax would be auto-billed monthly straight to your debit card. So the feds would have a direct link to your bank account.

In other words, the same people who want to track all bank accounts with more than $600 in them — and routinely use civil asset forfeiture to steal millions from innocent Americans — could soon be able to pull money directly out of your bank account anytime they want.

Freedom in the U.S. is in short supply these days. And more of it disappears every year. Which is why…

You NEED a Way to “Opt-Out” of the System

During that time, I’ve also learned dozens of valuable lessons about how to maintain my independence free from the IRS, “ethically challenged” Government officials, and stupid tax ideas buried in thousands of pages of legislation.

P.S. It seems like lawmakers and other government officials are looking for every way possible to tax you to death, so you need to move fast. Here’s how you can keep more of your income out of their hands…

Government regulations are aiming to help the middle class, but […]