Government regulations are aiming to help the middle class, but are actually hitting them instead with their agenda. 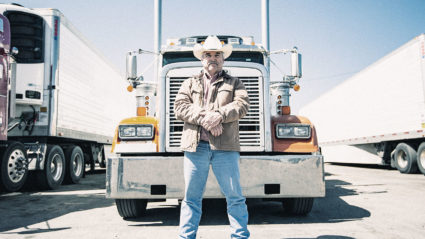 The two major agendas in the US are: Eat the Rich, and Green New Deal.

And they are coming hard for those things. The big distraction is the immense “Infrastructure Bill” being debated and stonewalled by a few Democrats. What hasn’t really hit the headlines is the new inheritance tax and the supply chain backlog.

I want to start by saying I missed a huge piece to the supply chain puzzle, and it was literally staring me in the face too: local state regulations.

I alluded to it, but I didn’t pinpoint them, and I’m here to first set that record straight. Admittedly, it was difficult to just blame the generic “COVID-19 precautions”. And a shortage of transporters? How?

The largest receiving ports on the west coast are in California. It takes in imports from Asia and Oceania.

Shortage of transporters is where I should’ve seen it! Remember AB5? Yeah, the law that was coming for contractors and gig workers, hit the owner-operator truck drivers domiciled in California hard.

Initially, I thought as owner-operators, they were their own businesses, so they answered to themselves, had a business separate of their clients and there would be no issue. Turns out, I was sorely mistaken.

AB5 is a law out of California that is supposedly meant to “help” gig workers and avoid misclassification of employees as contractors rather than part-time employees. California also stands to gain $7 billion in tax revenue through this particular reclassification, but I digress.

Whatever the reason, people saw utility in taking those jobs, or they wouldn’t do them.

In the “ABC” test for what constitutes a legitimate contractor, owner-operator truck drivers get stuck at the second point:

In April, California’s Ninth Circuit Court of Appeals ruled that the ABC test within AB 5 for determining independent contractor status in California should apply to the trucking industry, essentially banning the leased owner-operator model in the state. The court denied a request for a rehearing in June, then granted a stay to CTA to keep trucking’s exemption from the law in place until the case plays out in the U.S. Supreme Court.

The truckers are still waiting to see if the Supreme Court will hear their case. That affects 70,000 owner-operated truckers in the state of California alone.

But wait, you know there’s more! There is a regulatory agency out of California as well, called CARB: California Air Resources Board. They also have a few things to say about the truckers.

Anyone who knows just a small bit of what it is to be a trucker knows the cost of those trucks are tantamount to buying a house. It gets into the hundreds of thousands. But, if you take good care of the truck, it’s meant to last for a good while; in some cases over 15 years and up to a million miles on the odometer!

So imagine if you bought a truck in say 2009, and your truck is running fine, but you were hit with this:

Carriers domiciled in California with trucks older than 2011 model, or using engines manufactured before 2010, will need to meet the Board’s new Truck and Bus Regulation beginning in 2020 or their vehicles will be blocked from registration with the state’s DMV.

CARB says they must be either replaced with a 2011 or newer vehicle or repowered with a 2010 or newer engine.

These changes are called “health-based requirements”, and these trucks are out of commission until such time as they can make these updates. Rather than impose this, they could just wait it out. But instead they are putting the kibosh on truckers with trucks older than 11 years.

These two things are what’s holding up a good amount of delivery into the west coast. Remember, Los Angeles and Long Beach are responsible for taking in 40% of the deliveries from Asia alone. Two California ports: 40%.

Meanwhile, you have Florida calling all ships waiting to dock to their ports. It’s become so costly for ships to stay docked in the ocean, the cost of hauling through the Panama Canal to Florida has become a more cost effective alternative for the shipping companies running goods from Asia.

The “Green Agenda” and labor regulations meant to help the little guy and in fact killing the middle class. It’s time we stop measuring the success of a policy by its soaring intentions, but rather by its actual results.

Next week, we talk about how eating the rich really amounts to eating the middle class.

The Biden Administration is looking to crackdown on taxes with […]