The Biden Administration is looking to crackdown on taxes with his new and larger IRS army, but small businesses will likely get caught in the crosshairs. 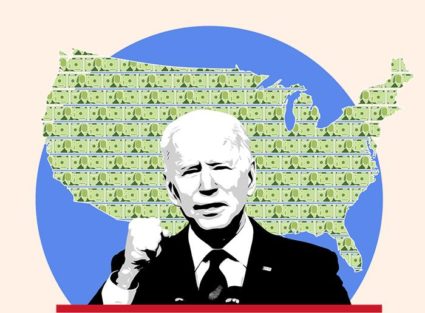 After 2020 came to a close, many people expected an end to the madness of forced lockdowns, mask mandates, and “warp speed” vaccines.

But so far in 2021, the madness has only gotten worse, and now every entrepreneur or small business owner is likely to feel the heat. Why?

Because of Biden’s Big “Tax Crackdown”…

In an effort to close the tax gap between collected taxes and owed taxes in the U.S., the POTUS wants to peek into your bank account for two bits of information:

According to Reason magazine, the intent behind the plan sounds innocent enough…

The plan “will give the IRS the resources it needs to keep up with the lawyers and accountants of the super-wealthy. It would ask just for two pieces of information from the banks of these folks: the amounts that come into their bank accounts and what amounts go out of their bank accounts,” Biden said.

If you can conjure up the image of Uncle Sam taking a quick peek into your finances, then saying, “We’re only doing this to catch the cheaters” — then you have the picture.

The government always frames bad policy in language like this so you’ll go along with it. Naturally, their proposed bank account surveillance won’t be used only on the wealthy, nor only on cheaters.

Because once the government has the authority to spy on some bank accounts, it’s just a matter of time before they’re spying on all of them.

Once liberties are taken, they’re almost never restored. For example, the TSA has become a permanent fixture of U.S. airports. And if Biden gets his way, his “bank spies” will be permanent as well.

What Biden Isn’t Telling You about His “Tax Crackdown”

From the same Reason piece: “Giving the IRS more information about the inflow and outflow of bank accounts won’t automatically tell the IRS that someone is hiding unreported, taxable income. But it gives the federal tax cops another way to establish probable cause for a financial stop-and-frisk.”

Imagine if the IRS invented a reason to peek, then funneled some of your business income straight into their coffers in order to “pay your fair share”?

Then imagine if the plan itself outlined the ways the IRS could use the information gathered from their little “peek” to grab crypto, third party payments, etc.?

Stop imagining, because that is exactly what the Biden administration wants to do.

And this is just the tip of the iceberg. Biden’s plan also imposes BIG tax hikes not just on the “rich,” but also 1.9 million small businesses.

So not only does Biden want to have his IRS goons play “tax nanny” by peeking into your bank account, he also wants to play “robber baron” by increasing your taxes.

That’s Why You NEED a Blueprint to “Sidestep” Biden!

During that time, I’ve also learned dozens of valuable lessons about how to maintain my independence free from the IRS, “ethically challenged” Government officials, and public runs on banks.

P.S. The IRS could be “taking a peek” into your bank account very soon, so you need to move fast. Here’s your next step to make sure they can’t…

The economies around the world are in an economic conundrum […]