The scope of eligible casualty and theft loss tax deductions will narrow dramatically starting in 2018. 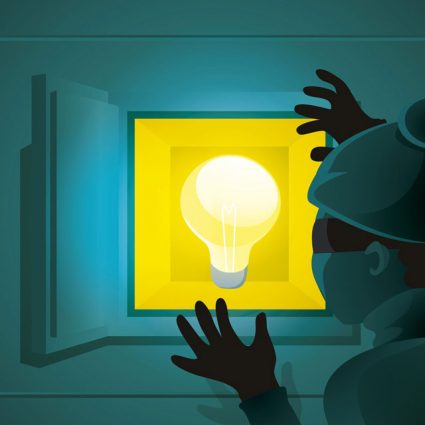 In 2018, we lose the ability to write off most casualty and theft losses. The only casualty losses that will remain a write-off are ones that occur in a federally designated disaster zone.

My mother had a trusted caregiver steal her car, almost $100,000 in cash, tens of thousands of dollars in silver and antiques and illegally use her identity to the tune of $42,000. (I’m still fighting with Chase Bank on a credit card with them.)

Thank goodness she could take a tax deduction for those losses because she needed to cash in some annuities and a pension plan to get the cash she needed to replace the money stolen. Those events were all taxable.

If this had all happened in 2018, it wouldn’t have been deductible on her return.

I recently had a consultation with a new client who had been taken by an alleged crook. He had given him money for assets that didn’t seem that he ever received. There are already criminal charges pending against the bad guy, but since this is all so new and he’s not sure if indeed the guy has his assets squirreled away or there are assets available to give him at least a partial reimbursement, there’s a big question.

Timing, in this case, is very important.

So, just in case you find yourself in a similar spot in 2017, here are some of the factors that the IRS looks at when determining when a theft loss can be deducted.

If you reasonably expect that you will receive a recovery from third parties, such as insurance companies or others, and there is substantial possibility that such claims will be decided in your favor, you don’t have a loss. However, the court case of SS White Dental says that you are not required to be an “incorrigible optimist.” If the potential for recovery is remote or nebulous, then there is a loss.

It’s recommended that you provide the IRS with an independent, expert opinion as to the amount of unrecoverable loss.

If you have a theft or casualty loss with an uncertain date, try to pull it into 2017. That way it’s deductible. Otherwise, you lose.

Diane Kennedy is a fully certified CPA for USTaxAid.com who specializes in helping business owners and real estate investors protect their assets and keep as much of their money as possible. Let her help you create a tax and business strategy to maximize your benefits! Click here to get started in her coaching program.

This article was originally published on December 29, 2017 on USTaxAid.com, and is being republished here with the permission of Diane Kennedy.

Bonus depreciation is changing in a big way, so it […]