The deceptive excuse for tax hikes is blamed on lack of funds, when in fact, it’s lack of fiscal priorities. 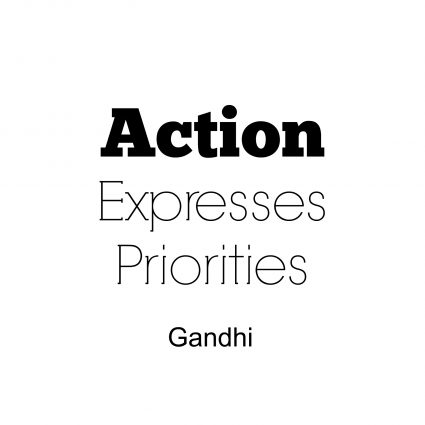 Tax hikes appeal to people who think that if more funding were available, the problems would be solved. The truth is, money doesn’t solve things. Solutions solve things. It’s a rather pedestrian observation, but there is a difference. For as much as capitalists get a bum rap for being money mongers who buy their way through life, that’s not really the case. Throwing money at something isn’t some magic snake oil that makes all the bad stuff go bye-bye.

The government is like that spoiled rich kid who keeps crashing daddy’s expensive cars. Throwing money at that kid isn’t going to make them more responsible. In fact, it’ll only teach them they can continue the same recklessness they have been without fear of losing a nice car.

Last week, I shared the finding of the $125 billion per year wasteful spending in the Pentagon. Despite the United States spending more on its military than the next several top military spending countries after it, Americans are still fed the line of nonsense that if we dare cut a cent from military spending, we are leaving ourselves vulnerable to the “terrorists”.

Ironically, the US’s greatest liability and vulnerability is economic, not physical.

That same stupidity is trotted out over everything from education to infrastructure.

When people cried about some not being able to afford higher education, the federal government chimed in and turned on a spigot of money in the form of student loans, achieving the exact opposite of the intended purpose of making university affordable. In fact, four-year state college tuitions have more than tripled in price in the past 30 years! Tuition has skyrocketed at a faster pace than the actual rate of inflation.

Even on the local level, there’s more spending on administrators than there is in the classrooms. A recent uproar in Vermillion, Louisiana showed a local teacher challenging the pay raise of the superintendent while classrooms are not seeing a penny. Another instance in Baltimore where city funds were directed toward a juvenile detention center, while residents crowd-funded to heat the classrooms in the winter.

Throwing money at this perceived problem didn’t fix anything. It just created a bubble.

Money STILL not helping! Free money just inflated the prices of housing even more… just like it did with higher education.

What about healthcare!? We can just have healthy people pay for unhealthy people and everyone will be covered……… and premiums will go through the roof, middle class families will pay the penalty rather than the premiums and billions of dollars will be poured into taking the uninsured rate from 16% to 11%.

The solution can’t be money if the problem isn’t money. Money isn’t causing healthcare costs to be unaffordable. Regulations and the insistence of mandating 3rd parties like insurance and employer involvement is creating more administrative and bureaucratic costs.

I’m not saying that money isn’t a means to an end or that it can’t facilitate a solution, but it’s not unto itself a solution.

Many parts of the US’s infrastructure is dilapidated and in need of repair. This was ALSO true at the beginning of Obama’s first term. If you recall, his “Stimulus” bill was meant to put people to work on “shovel ready jobs” such as rebuilding the infrastructure. $105 BILLION was allotted to infrastructure. Are we to assume that budget didn’t achieve the stated goal either?

It should come as little surprise that some in congress support a possible hike in fuel tax of 140%… or from $0.184 to $0.434. This is supported by a very sad argument that federal fuel taxes haven’t been increased since 1993.

I’d like to point out that while the federal government wants to make $0.434 cents per gallon, the evil “Big Oil” companies have been making about $0.07 per gallon in profit. The top three oil companies – Exxon, Chevron, and ConocoPhillips – make tens of billions of dollars in PROFIT per year. In theory, the federal government should be making two and a half times that with no outlay whatsoever. But they can’t pave a road?

California just raised its fuel tax by $0.12 last November for the same reasons: they “need money” for roads. But California is now not only getting 2.5% in gasoline sales tax, but another $0.417 per gallon in fuel tax. The roads and bridges were shot when the fuel tax was at $0.297… what makes anyone think that the extra $0.12 is going to move the needle?

According to Baruch Feigenbaum, a transportation policy expert at the Reason Foundation:

“The federal Highway Trust Fund—where the gas tax is deposited—has a similar problem of spending on local transit and other non-road-related projects, undercutting the argument that it is simply a user fee paid by drivers.

“Some 15 percent of the federal gas tax is deposited straight into the Highway Trust Fund’s Mass Transit Account, which disburses money for local bus, light rail, and other mass transit services. Another $850 million or so of the trust fund is diverted to the Transportation Alternatives Fund, which goes to beautifying streets and building recreational trails.”

So the take-away lesson here is: SPEND YOUR ROAD MONEY ON ACTUAL ROADS! Or at least try that first before coming after more money. Before coming for more money from taxpayers, show that every ounce of waste has been eliminated, that every dollar meant for something is being spent on it, and all efficiencies are being employed. It would be VERY disappointing to see a huge income tax hike, only to be slammed with a huge fuel tax hike.