This change will adversely affect many of its currently non-domiciled residents. 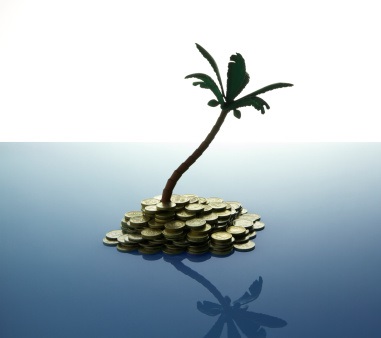 I’ve been telling people for years to get an offshore trust. Years.  I get that it might not be the most pressing thing in the world for many people.  If  you’ve been getting along because nothing has happened to you yet, that is great, and I hope that trend continues; however, that doesn’t mean the powers that be aren’t plotting.

I think over 70,000 pages in tax code, law libraries full of do’s and don’ts, and a regulatory regime that exceeds the GDP of most developed nations is ample evidence of the fact that tyranny isn’t shrinking. Nor is tyranny cheap.

Just look at Trump. He is likely going to come up with a revised tax regime that will ease up on the middle class and even wealthy. He is also going to tax the life out of imports.

Wealth and asset protection have targets on their backs. All it takes are certain people in power and a few handshakes, and the next thing you know, you thought you left your kids thousands of dollars, but really you left them what amounts to half a tank of gas.

It’s no joke. The United States is rather showy about it with FATCA and its enforcement thereof. But other countries are starting to slowly follow suit. Ireland is closing the door on its international tax loopholes such as the “Double Irish”.

The Panama Papers didn’t do anyone any favors either.  It was just another excuse for governments to close in on asset protection structures.  Offshore asset protection has been cast in a fairly negative light, despite it being totally legal.

Now the UK is closing the door on its offshore earnings loophole for non-domiciled residents. Residents of any country expect to be taxed by that country for the income earned there. But with the exception of the US and Eritrea, they don’t expect to pay taxes to their home and resident countries if they happen to be different.

There is a distinction between domiciled and non-domiciled residents in the UK. Your domicile country is where you consider your home to be.  There are plenty of expats working all over the world in various countries for themselves or others which calls for them to live elsewhere. While they may reside in the UK for work, that’s not home for them. Home could still be in the US. As a non-domicile resident, what they earned in the UK is subject to UK tax. However, what they earn or hold in other countries is not until they remit it to the UK. So, for example, they can have an account in the US. If they keep that money there, the UK doesn’t tax it. Once they withdraw from that account into the UK, then it becomes taxable.

That will continue until April 6, 2017. In about a month from now, those exemptions for non-domicile residents stop. This will affect an estimated 115,000 people. This is similar to how “common law marriages” are defined, where the state views cohabitation for a certain period of time with a partner to constitute a sort of marriage.

Likewise, those who have been a non-domicile resident of the UK for 15 of the last 20 years will become de facto domicile residents for the purposes of tax. Anyone who either fits that bill or expects to, needs to move their assets into an offshore trust post haste. The key here is not just an offshore trust, but that the enrollee be non-domicile at the time of enrollment. That’s the urgency.

Enrollment in an offshore trust by a non-domicile resident would protect those assets and any subsequent gains from UK tax until the time of withdrawal. Moreover, such a trust protects the assets from getting hit by the 40% UK inheritance tax, as it is considered “excluded property”.

Here’s the rub: if you’re an American and then become a domiciled UK resident, you wind up with TWO countries seeking taxes for your earnings, even in accounts not held in the UK.

It’s important to know what protections each jurisdiction offers, but time is of the essence. With the clock ticking and only a month to go, non-domiciled residents need to make a play.

This also speaks to a larger point, though. Waiting until now is cutting it really close. Offshore trusts have a very useful purpose, regardless of whether government is closing in or not. The flexibility of defining excluded parties and duress clauses give you a lot of control, as well as protection.  In some cases, the local jurisdiction offers significant protections against the litigious as well as against government agencies.

Schedule a consultation with us to address any concerns or questions you might have, and see if an offshore trust will suit your asset protection needs and goals. Even if the clock isn’t ticking on you as a non-domiciled UK resident, and you’re just looking for another layer of protection, now is a great opportunity to demystify a few things about offshore trusts and perhaps learn a little more about them.