Venezuela and Greece become the modern-day examples for what economic collapse looks like. 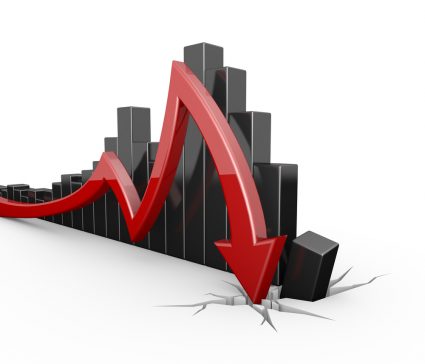 Economic collapse, Venezuela, and Greece are not new topics, especially for us. But if you’re looking for a contemporary case study or even a glimpse at what it actually looks like when a country collapses, then look no further than Greece and Venezuela. We can speculate as to who might be next, but for now, these two are done.

One country is no worse than the other, but each time I see these stories, it is crushing to read. Venezuela is in a sad place. People are rummaging through trash cans, while politicians are digging their heels in on some really poor economic policies.

The food shortages stopped once the government lifted its price controls. So while grocers are no longer forced to sell at a loss, most citizens still cannot afford to pay the actual price for goods.

The government opened up the border between Venezuela and Colombia, which once again addresses the issue of low to no supply of goods, however, it takes more money out of a country that is already suffering from a money shortage.

“Venezuela was once South America’s most powerful petrostate. But decades of government mismanagement sent the country into decline. Maduro’s predecessor Hugo Chavez choked the economy with heavy-handed regulations, price controls, and a campaign to nationalize major industries that chased out foreign investments.” (Source: Foreign Policy)

Sadly as a one-trick pony, when the price of oil fell, so did their revenues. Now their debts are around $7.2 billion for this year, while their reserves have fallen from $30 billion in 2011 to approximately $10.5 billion in 2017. Their entire reserves will barely get them through their debt obligations for the year.

“Massive government overspending, a crashing currency, mismanagement of the country’s infrastructure and corruption are all factors that have sparked extremely high inflation in Venezuela. Inflation is expected to rise 1,660% this year and 2,880% in 2018, according to the IMF.” (Source: CNN)

I can’t even imagine what this will look like, but I’m going to find out in the next several months.

Greece is closer to the end than Venezuela. In fact, I think it might just be the end of Greece as we know it because it honestly looks like it’s getting repossessed by Germany. Greece itself is appraised at 50 billion Euros. Its debt is nearly double at 90 billion Euros.

Germany has demanded that Greece start selling off its assets.

“Greece has faltered on promises to sell vital parts of its infrastructure – ports, airports, marinas and waterworks – in exchange for billions of euros in loans.” (Source: The Guardian)

If there is to be any consideration of another bailout for the Greeks, they will need to honor these agreements to liquidate their assets. If we thought the last bailout terms were a fire sale, this is an inferno.

If Greece were a business, it would be having a Liquidation Sale or a Going-Out-Of-Business Sale. It would take all those proceeds and pay off its debts. After all lots have been cast, the business files for bankruptcy and essentially is dissolved. But, historically, when countries or empires fall, they get taken over by other empires. In this case, it would be the EU or at least the EU’s most powerful members.

I can’t see how Greece becomes anything short of a country by name only. It will literally be owned by private entities and controlled by other countries once they finally meet their burden.

The deadline to come to terms on the austerity measures in order to receive their final bailout is about a week away. March 20th to be exact. The IMF is hopeful, but creditors are not so optimistic. And I can’t blame them considering, despite their debt, Greece still relentlessly clings to its welfare state:

“Creditors seem to insist on counter-measures that would boost growth, while the Greek proposal aims at welfare measures.” (Source: Greek Reporter)

I understand when an entire society has been built on one large Ponzi scheme that it doesn’t take much to topple that house of cards. This is why austerity measures are so devastating to countries like Greece. Imagine ending Social Security and Medicare in Boca Raton, Florida. That city would economically cease to be. Imagine any cities with military bases (Ft. Hood or Camp Pendleton for example), and slashing the defense budget by 90%. The initial hit will hurt, despite the fact that it is ultimately the right and responsible thing to do.

To be fair, the EU hasn’t exactly set the most favorable trade or economic conditions for its member states. Hence the reason for Brexit. The Euro-centric restrictions and regulations have stagnated that bloc economically to the point where Great Britain had enough. Smaller countries like Croatia can’t afford the regulatory impositions to trade within the bloc. Larger countries still have bureaucratic hurdles to overcome and wait times.

The end is nigh for Greece and Venezuela. Here are some key take-aways:

If any of this sounds remotely familiar, then you know this is where the US is slowly heading. The desperation of the state is an immediate threat to anyone with wealth or property that can be seized. Cyprus was first. Greece is starting down that path. Venezuela is almost out.

Offshore trusts offer a solution and sound countermeasure against upcoming […]