Paradise Papers Have Offshore Under Scrutiny Once More

Paradise Papers Have Offshore Under Scrutiny Once More

First the Panama Papers and now the “Paradise Papers”: offshore asset protection and corporate structuring is once again under fire and scrutiny. 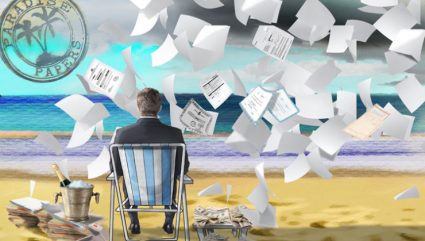 Much like the Panama Papers in the Spring of 2016, the Paradise Papers have drawn the scorn and scrutiny of “fair share” advocates around the world.  Offshore asset protection and corporate structuring is either met with great appreciation, or great disdain.

I’m castigated on a daily basis for advocating and assisting in legal tax avoidance. No amount of public shaming, however, is going to convince me individuals aren’t entitled to keep as much of what they earn as humanly possible.

For those who might not know, the Paradise Papers are a leak of 13.4 million files, 6.8 million of which are connected to a law firm and corporate services provider by the name Appleby. Covering the period of 1950 to 2016, this is the second largest data leak in the world, and was released by the German newspaper Suddeutsche Zeitung.

While a lot of money was found in these offshore holdings, belonging to a very elite cluster of people and multinational corporations, no charges have been leveled. In fact, the only real victim at this time is Appleby, since they were the subjects of what appears to be an illegal hack.

The actual structures themselves are legal, but it’s a very technical space. If you don’t cross a T or dot an I, then things can get dicey. What can also be incriminating is if you hire someone to do all your investing in various holdings (as many wealthy people do hire wealth managers), and your money winds up in the same pool as individuals who might be seen as adversarial.

Wilbur Ross is a billionaire investor who is currently serving as Donald Trump’s Commerce Secretary. He divested from most of his holdings to avoid any conflict of interest; but he maintains a stake in Navigator Holdings. At one point he served on their board, and has been a shareholder since 2012.

As it turns out, there aren’t too many degrees of separation between billionaires.  Is this criminal?  No.  Is it incriminating?  For the Commerce Secretary of the US, I think so.  I’m not a big fan of cronyism.

In much the same way as mass shootings get more press than one-offs here and there, it’s the sheer volume that has a lot of people stunned. No doubt: this is a LOT of money!

It’s not that people bank offshore. Intellectually, people know that for various reasons, moving assets offshore is a practical thing to do. It’s seeing ALL the money at once, and suddenly being struck with some absurd notion that people who aren’t the rightful owners of that money, could’ve been helped in some way with it.

Banish that thought. I realize the populist road most traveled is littered with entitlement issues. But if we believe that rights are NOT contingent upon one’s earnings or assets, then we believe that the real victims are indeed Appleby and their clients… not those who wish to get their hands on their money.

The Guardian had this much right:

“Over the past 40 years, offshore tax regimes have grown exponentially; back in the 1970s, they were a way for individuals to hide their money from corrupt and predatory governments in unstable countries, or for banks to move cash around to avoid fluctuations in currency rates.”

They WERE? No. They still ARE a way for individuals to hide their money from corrupt and predatory governments. The US government takes “corrupts and predatory” to an entirely new level, and anyone trying to avoid throwing their hard earned money into the black hole that is the US Congress is hardly a criminal.  I’m reading about trillions of dollars “unaccounted for”, “contingency funds”, pork barrel spending, and “nonessential federal jobs”, and I’m certain that my would-be tax dollars never stood a chance of helping a starving homeless child.

Not much is known yet.  Right now, it’s mostly hyperbolic hysterics from populists and conjecture.  There were quite a few names of wealthy celebrities, politicians, and corporations. In fact, this is where Apple turned when the Double Irish went away.

While nothing is known, there are a few things I feel safe predicting:

Here’s where nearly every article I’ve read on this gets it wrong: this is only for the uber wealthy. Not true.

Let me first point out that in order to be a member of the world’s top 1% club, you need only make roughly $34k/year. So while a person making $35,000 per year is technically a member of an elite class by global standards, by US standards, they are probably operating on a tight budget depending on where they live. Wealth is obviously relative.

That being said, you don’t have to be a multi-millionaire to enjoy the benefits of corporate structuring or offshore havens. Owning a piece of property or owning a business doesn’t necessarily mean you’re a multi-millionaire. But it does mean you have a large asset and stand something to lose. It’s like insurance. You don’t insure your toothbrush. But you do insure your house and car.

There are, however, some vocal individuals who have a rather dark view of offshore. One such person is Brooke Harrington. She is a certified wealth manager and Copenhagen Business School professor who is the author of Capital without Borders: Wealth Managers and the One Percent. Here are a few choice quotes from her via Fox News:

“[T]here’s this place called offshore that sort of functions for finance in the same way Ashley Madison functions for sex… I called it cheating because it’s not illegal. But like infidelity, it hurts people.”

“…Harrington said that when wealthy people have offshore assets, it has many economic and political repercussions for everyday citizens — like putting a heavier burden on ‘honest taxpayers,’ she said. She compared offshoring to a person who skips out on a bill at a restaurant, thus making everyone else’s share more expensive.

“Harrington said that the IRS once estimated that U.S. taxpayers have to pay an extra 15 percent because of the offshoring industry.

For a wealth managing professor, I’m really surprised at this.  She likens it to cheating?  A government deciding to indenture people to it is hardly a mutual covenant, much less one deserving of fidelity from it’s hostages.

The suggestion that others pay more in taxes because of offshore is baseless. People pay more because Congress is the collective equivalent of a drunken naval officer with a liberty pass, and the IRS is armed. That’s why people pay more.

According to John Stossel, “If the IRS grabbed 100 percent of income over $1 million, the take would be just $616 billion. That’s only a third of this year’s deficit. Our national debt would continue to explode.”

Scapegoating never leads to any good.  It pleases an angry and frustrated crowd, but the policies that are begotten out of such sentiments are disastrous.  The Paradise Papers aren’t a “scandal” unto themselves.  Nor are they criminal or indictments of offshore asset protection.  The vilification of wealth is getting tired.  What people probably find most upsetting is that they didn’t think to protect their own assets, so they are angry at those who did.  There’s really no need for that.  If you have assets that need protecting, by all means let’s talk!  Starve the beast, feed yourself.  You earned it.

Debtors’ prisons were supposed to have gone out with the […]