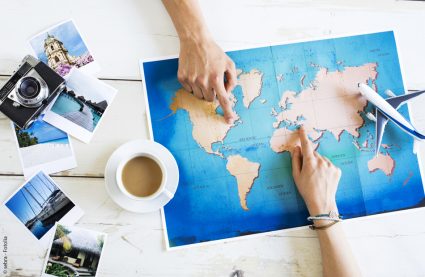 Property is the lynchpin of freedom. I’ve said it before in defense of the right to own property, and I’ll say it again. What I’m finding is, people don’t understand HOW to own property, so they take it for granted. That’s how you get hoarders, and poor people living beyond their means. It’s not for lack of access, but for lack of retention.

When you acquire something based on need, it is much easier to see the practical side of property ownership. I need food, clothes, clean water, shelter, etc. so I obtain them and they serve their purpose.  What about something based on utility?  Like a house… or a car… or a passport… or citizenship… or residency?

Look at the early formative years of the United States. Who was allowed to vote? Today you get superficial answers like “White Men”. That was a per accidens trait of the early voter. The per se trait was property owner. You were financially vested, so you had a say in how the economy was managed. In looking at the Constitution, there’s no mention of voting as a “right” until the 15th Amendment. Prior to that, there is discussion of elections largely at the discretion of the individual states. The 15th Amendment was ratified in February of 1870. So how were elections held for the 80 years prior to that? Property owners.

When you think about how lopsided elections are today, property activating your ability to vote makes a lot more sense. Depending on who is breaking it down you have:

There is easily observable preference shown to large holders of property. Large corporations tend to get favorable tax schedules from their state and local governments. Why? The prestige of the city, the jobs, and/or the influx of wealth just by virtue of that company being there.   Recall the various bids for Amazon’s second headquarters. It’s not difficult to see why governments vie for them. Portland fights to keep Nike. California fights to keep Google. Illinois fights to keep Abbott Labs. Washington fights to keep Boeing. Even Trump slashed corporate taxes nearly in half just to draw in more foreign investment and businesses.

Real estate and business ownership are property that also serve as points of entry into many countries. Ironically, we see this quite a bit from Russians and the Chinese. They buy up properties, and get what is being called a “Golden Visa”. Russians have bought a good amount of Cypriot real estate. In fact, nearly 20% of the population of Limassol – the second largest city in Cyprus – is Russian speaking!

Having a business is certainly a meal ticket unto itself! Countries abound that will offer even a budding entrepreneur some level of residency just to build their businesses in their countries.

These “Golden Visas” are a portal into more freedom. You get some real estate in one country, but you receive access to several others. Technology has redefined the process of obtaining residency and/or citizenship. Yes, there are protocols and procedures. But property greases the wheels considerably. Of course it depends on the country, but with money being easily transferable 1’s and 0’s, and the internet facilitating secure transmittal of information, it’s no wonder countries around the world are providing easier access to the kind of immigrants they find desirable.

No one is really anti-immigration. Even The Donald himself isn’t against immigration. And it’s not even about “legal” immigration, as that is entirely arbitrary. It’s about what KIND of immigrants each country wants. The politicians LOVE to talk about their bleeding hearts for the poor, but in truth, they don’t really want the tired huddled masses yearning to breathe free. They want economic stimulus… and an expanding tax base.

Estonia found a way to streamline corporate citizenship without ever extending physical benefits to any individual! It allows businesses the access they desire to the European Union’s economy. Once they have something indicating they are a player in the EU space corporately, commerce becomes exponentially simplified.

St. Kitts & Nevis use their citizenship as a fund-raising mechanism! Their deeply discounted rate of $150,000 USD is about to expire soon, but was meant to stimulate an influx of funds for hurricane relief. Even then, their usual price is $250,000, and it has accounted for 25% of their GDP. Citizenship is one of the largest exports of this tiny nation. Their CIP has resulted in them cutting over one-third of their debt.

Grenada is an interesting one as it offers a back door into China AND the US! It’s a $200,000-$350,000 Citizenship by Investment Program (either by donation or real estate purchase). You get a passport in 2 to 3 months with no interviews, language tests, business experience, or in-country living requirements. There are no wealth, gift, inheritance, foreign income, or capital gains taxes, and your application process and citizenship remain confidential.

The Grenada passport offers visa free travel to China (as of 2015), the UK, Switzerland, Germany and 110 other countries. Here’s a special bonus: you get access to the US through an E2 visa. What makes the E2 visa special? It’s a non-immigrant business visa, less expensive than its cousin the EB-5 in that it has no investment minimums, nor does it require job creation. Here’s the kicker: E2 visa holders have ways of avoiding world-wide taxation in the US which is virtually unheard of.

For those with (understandable) commitment issues with the US, who still want to tap its economy, this is quite a little gem!

Residency and Citizenship by Investment Programs (RIP/CIP) are actually on the rise! This is odd given the nationalistic climate. Or is it? Pragmatism might just win out here. CIP is the ultimate fast-track to citizenship. You skip a lot of the naturalization protocols and jump straight to “Go” in a LOT less time.

Even RIP gets your foot in the door, often greeted with a clear path to citizenship. Those requirements often vary from country to country, but if you’re looking for a second citizenship there are some RIPs that offer a way in.

Passports, residency, and citizenship are all low-cost products in high demand with high perceived value depending on the country offering it. In fact, RIP/CIP is a $7 BILLION global industry.

It’s not the quantity of things you amass. It’s the quality of your property, and where you invest it. There is a “how” to owning property wisely. $250,000 is sizeable, but not unattainable. So will you have $250,000 worth of clothes, home improvements, cars, and degrees? Or will you have one solid second citizenship that can get you the hell outta Dodge?